Do I Want a Diagnosis from My Therapist? 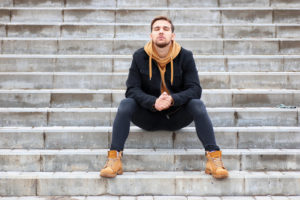 It is often assumed by the general public that psychological diagnosis is a normal part of therapy that always occurs. Some people who have been in therapy may be unaware they have received a diagnosis. For their part, therapists have a wide range of views and practices pertaining to diagnosis, ranging from seeing it as essential to seeing it as unnecessary. Consumers have a right to know the advantages and risks of diagnosis.

Some people find relief and validation in receiving a diagnosis, as it symbolizes they are not alone. This can decrease the guilt, shame, and feelings of isolation that often are experienced. Diagnosis can also open up resources. This may be true, in particular, for children who are struggling with challenges in their social, emotional, and behavioral functioning.

For professionals, diagnosis can be a good way to quickly and easily communicate information, helping them to be more informed when working with a person in treatment. Also, diagnosis is often required for insurance to pay for therapy, which is a significant financial benefit.

The risks of diagnosis are less frequently acknowledged. Most people I work with in therapy are surprised when I discuss the advantages and disadvantages of diagnosis with them; almost all who previously have been in therapy note that no therapist has done this with them before. But there are indeed risks, and consumers have a right to be aware of them.

Diagnoses often stick with people. I have had people who came to me for therapy with a previous diagnosis that followed them from childhood well into adulthood. In some cases, it was quite clear they were misdiagnosed early on, yet the label stuck with them. Diagnoses can also change over time and may no longer be accurate.

Further, diagnoses can be misunderstood by those outside the mental health profession. I have spoken with many previously diagnosed people who, upon sharing this with people they trusted, found it changed their relationship and, in some cases, ended it.

What constitutes a diagnosis is debated by therapists (Kinderman, 2017). In essence, a psychological diagnosis is a label placed on a group of behaviors or experiences that are often called symptoms. The determination of what amounts to a diagnosis is determined largely by what is considered “normal” or average. There are some who maintain that diagnosis almost always has a biological origin, while others believe it tends to emerge largely from personal or social experience. Many believe it may be a combination of these two.

A cluster of symptoms that fit a diagnosis may emerge from different causes. For example, depression may result from having endured difficult experiences in life or may, at times, have a biological cause. Yet, some assume that, regardless of whether there is a social/personal cause or a biological cause, the treatment of a condition should be through medication. This is a concern of many therapists who have witnessed therapy, without medications, successfully treat many conditions.

After the release of the most recent edition of the Diagnostic and Statistical Manual of Mental Disorders (DSM-5) in 2013, many therapists were upset with the changes (Kinderman, 2017; Robins, Kamens, & Elkins, 2017). These changes included a general lowering of the threshold of the criteria to give people certain diagnoses. Some therapists voiced concern that this could lead to medicating people who do not need medication.

In the end, psychological diagnosis is based in part on science, in part on theory, and in part on the politics of the field of psychology. There is much that remains unknown and much that is hotly debated. I generally urge caution when any mental health professional is married to any one perspective on diagnosis and does not acknowledge other views.

I believe that, in most instances, consumers should be part of the decision about whether to be given a diagnosis. It is not something that should be imposed upon the consumer without their input or perspective. Here are my recommendations for consumers regarding diagnosis:

Diagnosis can be a difficult issue for therapists and consumers alike. It is best approached as a collaborative process within the therapeutic relationship. Regardless, you have a right to know what is going on with your diagnosis.