Cultural Competency and C-PTSD: Why Therapists Can Never Know Enough 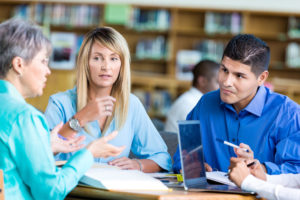 Complex posttraumatic stress, known as C-PTSD for short, is the result of prolonged series of traumatic experiences at the hands of someone the victim has a personal relationship with. The most common cause of C-PTSD is child abuse by a parent, stepparent, or other primary caregiver. However, it can result from a range of situations, including abusive relationships, abusive forms of imprisonment, and exploitative prostitution. C-PTSD has similar symptoms to posttraumatic stress (PTSD), but these are entwined with negative self-image, inability to control emotions, and certain personality disturbances.

The Rise of Cultural Competency

One of the most interesting aspects of working in the field of C-PTSD is the interface between cultural competency and complex trauma. Cultural competency has been a major trend within the mental health profession and, indeed, the health care field as a whole. The trend started as response to a number of studies in the 1970s which demonstrated that members of minority and marginalized communities were both less likely to seek out therapy for mental health issues and less likely to have successful treatment outcomes if they did so. While it had been naively thought that psychological research had revealed the nature of the universal human mind, experience demonstrated that many of its conclusions were highly culture contingent. What worked with people raised and acculturated in a Western cultural milieu did not always work with people from different cultural traditions.

In response to growing awareness of this deficiency, the mental health care industry began promoting cultural competency initiatives designed to educate therapists in the cultures and mores of different minority groups. For example, learning about the differences between honor-shame societies and guilt societies allowed therapists to more effectively help people of Asian origin deal with anxiety and depression. With the expansion of culturally competent mental health services, many people gained access to effective psychotherapy for the first time and we came closer to the goal of a mental health system that serves all Americans.

However, there were two problems with the first wave of cultural competency activism, one logistical and the other more profound. The first is that the sheer diversity of human culture and the internal complexity of each branch of civilization makes it impossible for any one individual to become truly competent in all but a tiny fraction of them. True familiarity with even one culture is the work of years, even a lifetime. In short, training psychologists to achieve cultural competency in all the cultures present in a diverse country like 21st century America, then distributing them everywhere they are needed, is an impossibly complicated—not to mention expensive—task.

In practice, cultural competence training combines elements of both approaches: imparting a basic level of specific knowledge about cultural traditions that a given psychologist is likely to come across in their work so as to avoid likely pitfalls and, at the same time, cultivating a general attitude of flexibility and willingness to explore.

The second problem is that the first-wave approach to cultural competence is based on an artificial model of the world as divided into discrete, self-contained cultural units. This is an oversimplification for two reasons. First, cultural units are, in reality, composed of different subcultures. One may learn, for example, about “Chinese culture,” but there are profound differences between the culture of people from the Dongbei or Huanan regions. Similarly, the rhythms of life in Georgia and Montana are substantially different even for people who share the same ethnicity, religion, or politics. Within these subcultures, too, there are substantially different “sub-subcultures” all the way down to the level of a local town or even family. Decisions about where to draw the line between one “culture” and another are often based on arbitrary or political considerations rather than objective criteria.

Secondly, the static culture model ignores the reality of cross-cultural fertilization and the ability of individuals to cross cultural boundaries. Cultures are not static entities but dynamic, constantly evolving, compound forms, which develop precisely because individuals are able to transcend their cultural origins and incorporate new elements from others or of their own invention. Putting these two considerations together forces us to reimagine our concept of culture as a sort of spectrum, making the task of cultural competence as infinitely complex as the human experience itself.

In response to both practical and philosophical objections to the static model of cultural competence, a new approach known as cultural flexibility was developed. Instead of emphasizing specific forms of knowledge about specific cultures, the emphasis came to be placed more on openness and awareness about questioning assumptions. Instead of being a barrier to communication, with the right attitude and approach, cultural differences can be used as a tool to help the development of an effective therapeutic relationship between therapist and person in therapy. In practice, cultural competence training combines elements of both approaches: imparting a basic level of specific knowledge about cultural traditions that a given psychologist is likely to come across in their work so as to avoid likely pitfalls and, at the same time, cultivating a general attitude of flexibility and willingness to explore.

One of the most difficult and fascinating areas within the field of culturally competent psychology is the issue of trauma—and complex trauma in particular. While there are many things that are so horrific that virtually anyone would be traumatized by experiencing them, it is clear there is a great deal of cultural variation in what is considered traumatic around the world, as well as how this trauma affects people. To take a superficially extreme example, among the Mursi people of Ethiopia, about a year before marriage, which often takes place as young as 15, a young woman will have an incision of about half an inch made in her lower lip, usually by her own mother (and, of course, without anesthetic). A wooden chip will then be inserted into this incision, which is replaced with successively larger objects until, finally, a clay disk of up 20 centimeters in diameter is inserted in time for the wedding day. It is safe to assume that a typical Western adolescent would find this experience at the very least somewhat traumatic. It is also apparent that, whatever we may think of their views on the relationship between the sexes, the Mursi women are not traumatized by this procedure, or, at least, do not display the typical symptoms of traumatization.

It is of course unlikely that an American psychologist will work with a person sporting a lip plate. If it were to happen, however, it would raise many interesting questions about the nature of childhood trauma. Child abuse exists in every culture and, presumably, the Mursi are no exception, but in dealing with such a case, a therapist would have to be extraordinarily careful not to project their own culturally modulated impression of what constitutes a traumatic experience. Complex trauma represents one of the most delicate and sensitive areas for cultural competence training, and more research is needed to guide best practices regarding the universality and cultural subjectivity of potentially traumatic experiences.