Asperger’s Syndrome and the Illusion of Friendship 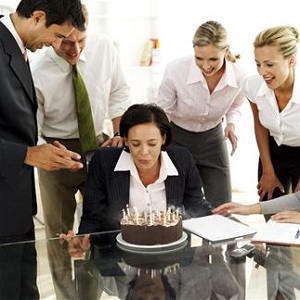 This is the third in a series of articles designed to explore some of the issues and concerns that arise around what is currently called Asperger’s syndrome, which will soon be incorporated into the broader spectrum of autism disorder when the new Diagnostic and Statistical Manual of Mental Disorders (DSM-5) is published in 2013.

I had a client we’ll call Brian, a man in his mid-thirties with a diagnosis of Asperger’s syndrome who came to me to discuss what he referred to as “issues he was having with people at work.”

It is not an unusual request for a person with Asperger’s to want to work on the confusion that surrounds social interactions in general. Interactions at work often are more challenging because in the office, not only do the normal social protocols apply, but there often is an additional layer of a particular corporate culture overlaid upon this basic structure, invisibly directing everything.

Bryan was a pleasant and engaging man. He held good eye contact, spoke with precision, and demonstrated a light touch with humor. His demeanor changed, though, when I asked him about his colleagues in the office where he worked as a certified public accountant.

A quiet earnestness overcame him. He spoke clearly and without breaking to collect his thoughts or in expectation of response. He discussed one individual after another in great detail, including information about the kind of work they did, their areas of responsibility, and where they stood in the hierarchy. This was precisely the sort of information I expected to get from Brian on the topic of work relationships.

Then, however, he began to speak of his colleagues in more personal terms. He knew who was married and who was single. He knew who had children, their names and ages, and the schools they attended. Brian told me who had recently vacationed and where they had gone; who golfed and who played tennis; who had iPhones and who used Androids. He knew the makes and models of everyone’s cars. He knew the names of spouses. He knew which neighborhoods his coworkers called home. He even knew who had housekeepers and who did not.

It might appear surprising on first glance to read that I was given such detailed and personal information about others from a man with Asperger’s who came into my office with self-identified problems related to interpersonal relationships. But I have seen this before. Once you look at this apparent contradiction in another light, you may recognize it, too.

I’m talking about the illusion of friendship.

Further discussion with Brian demonstrated to me that he had gleaned all this information about his coworkers not from interactions with them over time, the way you or I might imagine getting to know the people we work with. Instead, Brian had developed his extensive knowledge of everyone around him by listening and even eavesdropping on conversations others were having around him, but in which he had not once been involved personally.

And he was having problems with his coworkers when he would make a statement revealing his knowledge about a person, info he had no apparently legitimate way of knowing. People became uncomfortable around him because of this and withdrew from him, which left him utterly confused.

Of course, this became the starting point for our work together. Brian had to learn about the ways that acquaintanceships and friendships develop over time. Importantly, he also had to learn the concept of reciprocity: It is not enough to know things about another person, but one must also share personal information about oneself as well in the give-and-take manner of casual conversation. This is how trust develops between people. This is the foundation from which we can make a statement such as, “Oh, yes, I know Brian,” with legitimacy.

Brian had to learn that knowing confidential or intimate facts about another person without that reciprocity was considered socially gauche, and that it had the potential even to be frightening to some individuals. Brian had to learn the difference between having friends and having the illusion that he had friends.

Once we began to tease this distinction apart, Brian began making progress in his social interactions. We used role-playing techniques and many “what-if” exercises, and Brian’s distress around the topic of his work environment noticeably decreased over time.