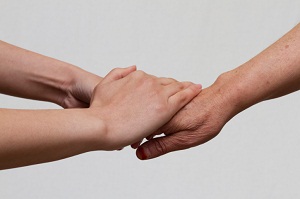 This is the second in a series of articles designed to explore some of the issues and concerns that arise around what is currently called Asperger’s syndrome, which will soon be incorporated into the broader spectrum of autism disorder when the new Diagnostic and Statistical Manual of Mental Disorders (DSM-5) is published in 2013.

Emotional intelligence (EI) is generally understood to be a person’s ability to identify and assess his or her emotional state, as well as the emotional state of others. It is not related to the kind of intellectual capability or intelligence typically assessed by IQ tests. Rather, it corresponds to a person’s ability to relate to others, work in groups, read between the lines in conversation, and interpret behaviors and moods displayed by others. It also relates to an individual’s understanding and regulation of those qualities within. High emotional intelligence provides a sort of shorthand for smooth interpersonal relations and communication.

Emotional intelligence is related to theory of mind. (See my previous blog, titled Asperger’s Syndrome: Theory of Mind.) The better able you are to imagine the world from another person’s point of view, the more likely you are to score high on a measurement of emotional intelligence. Persons with high EI are able to anticipate what someone might do in reaction to certain circumstances or statements. They are able to empathize with unspoken sadness because they are able to interpret an event in ways another person is likely to interpret it, given what they know about that person. They are able to avoid certain topics of conversation because they can predict which subjects might be problematic for another person. They understand the concept of conversational finesse. High EI is at the very heart of diplomacy.

A person with Asperger’s syndrome experiences the world in a very different way. With a tendency to take conversations and events literally, the emotional subtext often is unseen. This can lead to behavior that appears inappropriate at best, heartless or cruel at worst.

Imagine, for example, not being able to understand why the death of a beloved pet is still a sensitive issue for your friend even several years after the pet has passed away. Imagine saying something such as, “But that cat has been dead for two years!” And then imagine the reaction of your friend, who in that moment is feeling sad about the loss, feeling it as strongly as if he or she had lost the pet yesterday. Your friend is not likely to react well. Your words might sound intentionally cold, uncaring, and thoughtless. But when your friend does not respond favorably, you are confused. What do you do now? You made a simple statement of fact, and now your friend is upset with you.

With therapy, a person with Asperger’s can learn to decode some of what seems mysterious in the realm of emotional intelligence. It is possible to discern intellectually what may not come naturally emotionally. For example, to use the above scenario as a basis of conversation in a therapy session might help a person with Asperger’s see that there are different ways of responding to the death of a pet, and that the person’s own, seemingly logical way may not be the way others respond to something as essentially emotional as the loss of a pet.

Learning that there is such variability helps a person with Asperger’s navigate the complex emotional undertones of daily life. It also helps relieve the free-floating anxiety that can accompany conversations and events, both familiar and unfamiliar, because it broadens the range of expectations and softens the likelihood of inadvertent blunders.

Emotional intelligence is a challenge for individuals with Asperger’s, but it is also a fruitful topic for exploration in therapy because it is so central to most interactions with others, both in social and in intimate contexts.