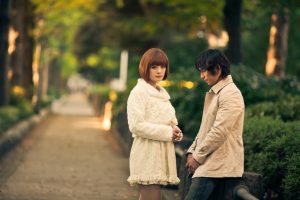 Recently, I sat in session with a married couple named Dara and Mike. Speaking to one of the issues that brought them to therapy, Dara said, “Every time I tell him I don’t feel like a priority, he tells me it’s not true. Yet, he never spends any time with me.”

Dara began to tear up. I asked her what she felt in that moment. “Lonely,” she responded.

I turned to Mike and asked him, “What is it like for you to hear Dara say this makes her feel lonely?”

He turned to her and said, “I’m sorry you feel that way. That wasn’t my intention.”

Imagine a beautiful song on a record player suddenly coming to a screeching halt. What happened here?

As an intimacy breakthrough specialist, I can deconstruct this moment in many different ways. For this article, I’m going to focus specifically on Mike’s apology.

I promptly asked Mike, “Mike, what are YOU feeling right now?”

Mike and I talked about four common mistakes partners make when apologizing.

Your apology feels meaningless when you speak from a place of defense.

Including the words “I’m sorry” in your statement of an apology is not nearly enough. Mike’s apology proved ineffective. While he claims to have not felt anything, he more likely felt defensive and did not realize it. Defensiveness shut him down to what his wife was feeling. As a result, his apology did not feel sincere or heartfelt to Dara.

Your apology lacks accountability when you focus on how your partner feels instead of what you did.

Mike phrased his apology as, “I’m sorry you feel that way.” Notice how his apology focuses on Dara. It says nothing about him or his actions. It is as if he is making her feel bad for having her feelings, rather than focusing on how he has influenced those feelings. Basically, it’s an apology cop-out.

Your apology feels empty and disconnected when you lack empathy.

When I asked Mike what he felt, he said, “Nothing.” Defense likely kept him from feeling sadness or any form of genuine empathy for Dara. Empathy required Mike to feel what Dara felt. If he allowed himself to look into her eyes, to see her tears, to connect to his own sadness and loneliness, he might have better understood Dara’s feelings. He then could have offered a more caring and meaningful response.

Your apology focuses on intention and not consequences.

Intentions are great, but when they don’t produce the results you want, you need to reexamine what you are doing. It’s easier to hide behind your “intention” than it is to face the consequences of your actions.

I can recall specific times I have made this mistake. Intentions are great, but when they don’t produce the results you want, you need to reexamine what you are doing. It’s easier to hide behind your “intention” than it is to face the consequences of your actions.

Through our conversation, Mike quickly realized how and why Dara did not accept his apology. Once he dropped his defensive stance, he tuned into her more and allowed himself to step into his more difficult feelings of sadness. He finally connected to Dara’s pain and offered a genuine and sincere apology.

Dara felt his empathy and accepted his words. Their shared sadness helped them connect to their mutual vulnerability. This connection gave them a moment of true intimacy.

If you think you’ve apologized to someone and you can’t figure out why they won’t just “let it go,” check to see if your apology makes any of the four common mistakes above. If so, see if you can better align with your partner emotionally so you can truly understand their perspective. Drop your defenses and take an honest assessment of your actions. If you find that, yes, your partner’s perspective has a grain of truth, apologize for your part in it. For real.

Note: Names in the preceding account were changed to protect confidentiality.