Am I Passive-Aggressive? Signs You’re Using Passive Aggression to Cope 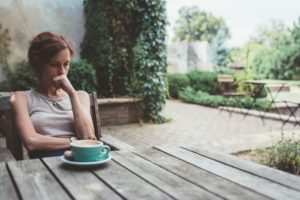 Confronting difficult emotions like anger, sadness, and disappointment can be painful. It’s even harder to address those emotions in our relationships with others.

Passive aggression allows people to subtly vocalize their negative emotions without directly addressing the source of the discomfort. While passive-aggressive behavior can feel good and even righteous, it slowly erodes relationships, eliminating any chance of fixing the underlying problem.

Why Am I Passive Aggressive?

Passive aggression allows people to give voice to uncomfortable emotions without directly tackling the source of the problem. People may behave passive-aggressively for many reasons, including:

“Passive aggression is an obstacle standing in the way of emotional intimacy.”

“Passive aggression is a tactic people use to show their angry feelings in a seemingly non-combative, consequence-free way,” says Andrea Brandt, PhD, MFT, a therapist in Santa Monica, California. “When you have a deep fear of conflict, passive aggression is a way to cope with your anger while avoiding a fight. Instead of telling your partner they’ve upset you or aren’t meeting your needs, you give them the cold shoulder. But, when you don’t ask for what you need, the odds of getting your needs met are greatly reduced. Passive aggression is an obstacle standing in the way of emotional intimacy.”

You may be at risk of engaging in passive-aggressive behavior if you feel unable to share your emotions. Some risk factors for passive aggression include:

Some examples of passive-aggressive behavior include:

Some hallmarks of direct, effective, non passive-aggressive behavior include:

How to Stop Being Passive-Aggressive in a Relationship

Passive-aggressive behavior is inherently self-defeating. It fuels conflict and resentment. Over time, this decreases the likelihood that direct communication will be successful. It also erodes trust and communication and can make a person seem unreasonable and hostile when the real problem is communication style, not emotions.

To find a compassionate therapist who can help with passive aggression, click here.