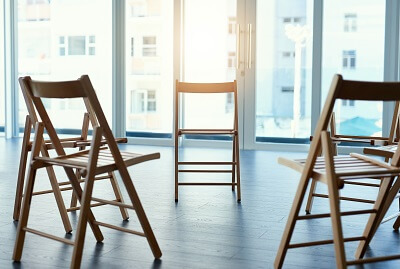 Battering, as defined by many intervention providers, includes multiple types of physical, psychological, and/or sexual abuses such as physical violence, threats, intimidation, isolation, emotional abuse, economic coercion, manipulation, and/or the assertion of privilege. Those who engage in acts of domestic violence may find options for treatment in counseling or intervention programs, and those affected by domestic violence may also wish to seek treatment from a mental health professional.

In many cases, battering is not the result of anger, mental illness, or the influence of drugs or alcohol. Rather, it is a learned behavior that is often motivated by the unconscious or conscious desire of the abusive partner to control the victim. Sometimes people demonstrate impulsive, angry behavior, or an inability to control their emotions, but typically, battering is purposeful behavior. Research shows that men who are abusive often lash out at their partners or spouses with the intent of enforcing what they believe to be their rights, but that they are generally able to keep from reacting in an abusive manner when individuals other than their wives or children do not meet their expectations. This behavior is rooted in logic, demonstrating rationalization that makes it less likely that battering behavior stems from a mental illness, although it may in some cases.

Some perpetrators of domestic violence do have a diagnosable condition, but batterer intervention programs tend to treat this condition as a separate issue and may provide referrals for treatment, if necessary.

There are many different aspects and manifestations of battering:

When these or other types of battery or abuse are reported, the person charged may be given the option, or ordered, to attend a batterer intervention program. These programs aim to help those who batter to develop empathy for their victims and change their attitudes regarding domestic violence and, in the case of many males ordered to attend, their attitudes regarding women.

What Are Batterer Intervention Programs?

In the late 1980s, when most states had begun to arrest and prosecute perpetrators of domestic violence, the need for a greater number of comprehensive treatment and rehabilitation programs was realized. Batterer intervention programs are still relatively new, but they have evolved significantly since their original development in order to better serve the community, protect victims, and further decrease recidivism. Increased funding for these programs in some areas may allow services to be extended to men who do not speak English, teen boys (who have been shown to be more likely to batter women as adults if they observe domestic violence in the home from a young age), and abusive partners in same-sex relationships. A few programs are also available for women who abuse their partners.

Batterer intervention programs are considered by many to be an important part of a comprehensive approach to domestic violence, and many courts order offenders to attend these programs while on probation for a domestic violence offense. The goal of these intervention programs is to teach abusive partners to develop empathy for their victims, identify and self-monitor negative thoughts, and to identify and interrupt the negative self-talk that often precedes incidences of violence, in order to prevent further abuse. The programs also aim to teach gender equality in relationships and typically teach participants to identify various forms of abuse, recognize and detail the type of abuse they have engaged in, take responsibility for the abuse, and find alternatives to violence, often helping participants learn to develop a nonabusive response to behavior that they might ordinarily respond to in an abusive manner.

Though an individual may voluntarily participate in a batterer intervention program, program data indicates that 80% of participants are referred through the justice system. Most states regulate these programs by requiring certification standards, which may be legally binding or may be guidelines the program chooses to follow. Some states fund these programs, and programs run from 24-26 weeks on average, though in some states they are as short as 12 weeks, and in others as long as 52 weeks.

Studies have shown that domestic violence perpetrators are often more likely to cease abusive behavior when members of the community combine efforts to protect victims and hold those who batter responsible for their actions. This strategy is incorporated into most batterer intervention programs, and it works first by developing and sharing a common understanding of domestic violence and then by targeting and changing those social norms that allow for continued domestic violence. Members of the community, such as law enforcement officers, health care providers, clergy, and the media, coordinate to create a system that protects victims right away and provides them with services as needed. Participants in this intervention work with the criminal justice system not only to protect victims but also to change the ideas and attitudes that may help contribute to domestic violence in the community. Research has found that when individuals who batter their partners are held accountable by the community, they may be more likely to change their behavior.

One issue that batterer intervention programs must consider is how to best serve the perpetrators of violence while still protecting the victims. Granting program participants a level of confidentiality equal to that of an individual with mental health concerns or substance abuse issues might put victims at further risk or decrease the accountability of perpetrators of abuse. Another issue is the level of the victim's involvement, or whether the victim should be involved in the treatment process at all. Often, therapists do not recommend couples therapy for instances of domestic violence, for fear of putting the victim in further danger, and a victim's involvement in a mandated batterer intervention program may also have a negative effect on a partner or child who has been abused. If a victim has relocated since the offense, for example, or no longer wishes to have contact with the abuser, any involvement in the program would likely not be beneficial to the victim.

In addition, the majority of batterer intervention programs are developed to treat heterosexual male offenders. The need for more programs that treat other individuals who perpetrate domestic violence is recognized, and the number of such programs has increased somewhat. However, in areas where an appropriate program is not available, offenders may find it necessary to attend a program that is not specifically designed for them, which may reduce the efficacy of the program.

One of the primary concerns regarding batterer intervention programs is the effectiveness of these programs. Though some studies have shown that they do bring about modest behavioral change, especially in the case of participants who complete longer programs, they are often not effective at changing the pattern and beliefs of dominance that underlie the battering.

One study conducted by the World Health Organization shows that two-thirds of those who completed a program in the United States and the United Kingdom were able to remain nonviolent for up to three years after completing the program. Abusive partners who are married, own a home, or complete a full program are shown to be slightly less likely to repeat their abuse than other offenders, but several studies indicate that these programs may have little effect on the attitudes of perpetrators of abuse or on their behavior. Some may become more sophisticated abusers, resorting to tactics other than violence in order to keep from being arrested but still maintain control over their partners. This was especially seen to be true in those who had participated in a shorter program.

Many batterer intervention programs use a form of cognitive behavioral therapy to help participants identify and reframe negative, dehumanizing, sexist ideals and ideas that often lead to instances of battering and abuse. Those who participate in batterer intervention programs are generally ordered to do so in the hope that they will take responsibility for their actions and learn new behaviors and ideas that will keep them from abusing their partners.

In addition to completing a program, some individuals who abuse their partners may be ordered to attend other counseling or therapy, and in therapy they may also be able to learn how to change their thinking and adapt their behavior. Those who abuse their partners may need to develop a greater understanding of domestic violence and abuse, and in many cases they may also need to learn to respect their partners. A therapist may work with an individual to help them discover and understand what causes their need to control and abuse their partners, and it can help perpetrators of violence realize the serious nature of their actions and work to stop the abusive behavior. Depending on the incident and its severity, a couple may attend a couples counseling session when domestic violence has occurred, but in many cases of domestic violence, couples counseling is not encouraged or recommended.

Therapy for families involved in battering situations and people who have been abused may often be helpful to those affected by battering. In many domestic violence cases, the target of abuse is a spouse or partner, but if the couple has children, those children may often be adversely affected by the domestic violence they see, and they may also become targets. Therapy for children in domestic violence situations is often considered crucial to their recovery and development and can help the children develop effective coping skills. Studies show that young boys who watch their fathers abuse their mothers are more likely to grow up to batter their own partners.

Survivors of abuse can attend therapy in order to recover from the effects of abuse and to learn ways to handle potentially dangerous situations, how to deal with further incidences of abuse, and to explore their future options.