Shame: the Silent Killer of Relationships 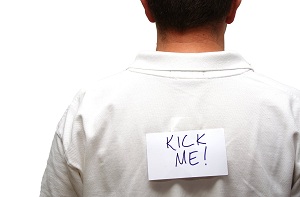 We all know the feeling, but few of us want to talk about it. Shame often runs our lives and undermines our relationships, but we often keep it hidden. We’re ashamed of being ashamed. I felt it today when my wife reminded me of something I had said to her that was unkind. I pride myself on being a sensitive, caring man, and when she pointed out this shortcoming, I could feel the shame rise up in me. I felt myself getting warm. My first thought was, “I didn’t do it.” My first words were, “I never said it.” I felt confused and off balance. I wanted to run away and hide. I wanted to disappear.

I was awash in my shame, but I tried to cover my discomfort. Shame is such a wretched feeling, most of us try and deny we are feeling it, hoping that if we don’t look at it, shame will magically disappear. But shame is stubborn. The more we deny it, the more it sticks to us like glue.

Shame manifests physically in a wide variety of forms. “The person may hide their eyes; lower their gaze; blush; bite their lips or tongue; present a forced smile; or fidget,” psychotherapist Marc Miller said. Other responses may include irritability, annoyance, defensiveness, exaggeration, or denial. Because the effect of shame often interferes with our ability to think clearly, we may experience confusion, being at a loss for words, or a blank mind.

“Man is the only animal that blushes,” Mark Twain once said. “Or needs to.” He reminds us how central shame is to the human experience.

When couples come to me for counseling, they rarely mention shame as a cause for their difficulty. Yet I’ve found that shame is at the root of most relationship problems. We know that couples often fight about money and sex. He gets angry when she spends money on things he thinks are not important. Underneath his anger we often find feelings of inadequacy. Beneath her spending patterns may be feelings of loneliness and unworthiness.

One partner wants more sex, and the other feels tired or withdrawn. One gets angry. The other feels hurt. Shame is rarely discussed, but is always present. One may feel like a lousy lover. The other may feel unattractive.

Helen B. Lewis, a pioneer in recognizing the importance of shame to psychotherapy, argued that shame really represents an entire family of emotions. This family includes humiliation, embarrassment, feelings of low self-esteem, belittlement, and stigmatization. Shame is often experienced as a critical inner voice that judges us as “damaged goods,” inadequate, inferior, or worthless.

Shame in Men and Women

I’ve found the things that trigger shame differ in men and women. Women often feel shame when they are unable to do all the things they think they should do. They must be a good mother, a sexy wife, a successful breadwinner, a caring friend, a good sister, and more. The list is smaller for men. Shame usually manifests when we don’t feel strong. Dr. Brené Brown, an expert on shame, says, “While women are faced with a web of many layered, competing, and conflicting expectations, there seems to be one major expectation for men—do NOT appear weak.”
I’ve also found that men and women often react to shame differently. Women often blame themselves when they feel ashamed. They often look embarrassed. They turn inward. Men often blame others when they feel ashamed. They often look angry. They may explode outward.

In fact, male violence is often an attempt to ward off shame. Dr. James Gilligan has spent more than 30 years researching anger and violence in men. He says, “I have yet to see a serious act of violence that was not provoked by the experience of feeling shamed and humiliated, disrespected and ridiculed, and that did not represent the attempt to prevent or undo this ‘loss of face.’ ” Respect is important to all of us, but for men it is essential. Feeling disrespected or “dissed” can cause a man to strike out in rage.

The most difficult thing in the world to do when we are feeling down on ourselves is to admit how we feel. Yet self-disclosure is what we need to do to stop the cycle of shame and blame that so many of us get caught up with. It’s harder than hell to say to my wife, “You’re right, what I said was unkind. I’m sorry.” But that’s the key to washing the shame away.
It feels counterintuitive. We’re afraid that if we admit our faults, we’ll feel even more ashamed. But the opposite is true. The more we’re able to say, “Yes, I messed up,” or, “Yes, I made a mistake,” or, “Yes, I’m sorry for what I said,” the better we feel about ourselves.

We all know the good feeling we get when we can own our mistakes and be forgiven. But that takes empathy on the part of our partner. Our partner has to be able to feel with us, not blame us or put us down. For men, it often means admitting our weakness. And for women, it means accepting that we can still be strong, adequate men, even when we are weak.

Men need also to practice empathy with the women in our lives. We have to understand the things we do that shame them, the subtle ways we may put them down. And we all need to be more empathic with ourselves. We don’t have to be successful at everything, all the time. We don’t have to be strong all the time and hide our weakness. We can learn to love and accept the wonderful, flawed, human beings we all are.