A Parent’s Primer: The Power of Rewards 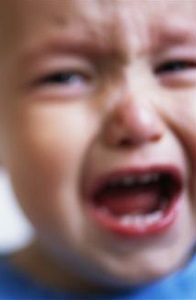 Last month, we talked about how figuring out why someone is doing something is key to changing his or her behaviors. We learned that most behaviors are motivated by getting something, getting away from or stopping something, feeling good, or are simply automatic (a reflex, for example).

In order to change behaviors, we must learn about reinforcement, not merely the functions of the behaviors.

Case Example
Imagine this scene, one that is played out in countless grocery stores every day around the world. Picture, if you will, a harried mother trying to get the shopping for the house completed. She is tired and in a rush to get home. With her is her young son. In the checkout line, as Mom tries to load the groceries on the little conveyor belt, her child asks for a candy bar (located conveniently an arm’s reach away, at child eye level). Mom, being a kind and benevolent mom, says, “No, we’re going home and having dinner. You don’t need a candy bar right now.” Her son, being like most children of his age, doesn’t like this state of affairs. In response to the denial of sucrose refreshment, he starts wailing at the top of his lungs, “PLEEAAAASEE! I WANNA CANDY! I WANNA CANDY! I WANNA CANDY!”

Other store patrons stare at the impending debacle. Mom feels embarrassed and more than a little ticked off. She still has to get the groceries home, get them unpacked, and make dinner. Dealing with a tantrum is the last thing she wants to do. At first she tries to calmly explain to her child that dinner will be soon, but the child screams louder. Then she commands him to cease his tantrum. That works about as well as can be expected (not at all). Finally, Mom gives in and buys her little angel the candy bar, at which point he immediately ceases his caterwauling.

Can you name all the reinforcement that occurred in the above example? What do you think will happen next time Mom brings her son to the grocery store?

What Is Reinforcement?
The technical definition of reinforcement is anything that occurs after a behavior that increases the chances of that behavior occurring again. Simply put, when your child does something (a behavior) and you do something immediately afterward, if your child repeats the behavior, whatever you did was a reinforcer.

The bottom line? Reward your kids when they do what you want them to do and they will do those things more. If you simultaneously remove the rewards from the behaviors you want to see less of, you will see less of those behaviors.

Isn’t this just bribery, you may ask? Nope. There are some key differences between bribery and reinforcement. Bribery is typically something (often money) given to someone in advance of behavior. It is generally given to get a person to do something unethical or illegal. Reinforcement always occurs after a behavior, and we are not using it to get our children to do anything unethical or illegal (hopefully!).

You might also ask: Why should I be rewarding my kid for doing what he is supposed to do? Shouldn’t he just do it? In a perfect world, yes, your child would do what he or she is supposed to do. However, in the real world, children are compelled by the “drive-your-parents-nuts accord” to not always follow directions. If we, as parents, want to keep our sanity, it behooves us to use all the tools at our disposal to encourage and reward our children, and ultimately to teach them what to do and when to do it.

Putting This Information to Use

As with all things simple, there is a lot more to look at, but it ultimately comes down to these four points. (We will discuss more about reinforcement and how to set it up and deliver it in future articles.)

I hope this information helps make your day-to-day challenges less challenging. Please comment below, ask questions, or make suggestions. Let me know about creative ways you have found to reinforce your children (or anyone else, for that matter). Hang in there, parents!