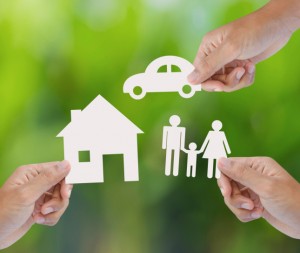 Privilege, in terms of social equality, describes the state of a person or group of people being granted automatic benefits simply due to status as a member of a certain group. Peggy McIntosh, anti-racism activist and feminist, said, “Privilege exists when one group has something of value that is denied to others simply because of the groups they belong to, rather than because of anything they’ve done or failed to do.”

Privilege can be seen in a number of ways. Some well-known types of privilege include white privilege, heterosexual privilege, and male privilege. Although most people have heard of privilege in some form, the concept can be difficult to explain. Privilege is most often granted to majority populations, or the groups that hold the most power. Some react to classifications of their own privilege with sensitivity, denial, and even anger.

An understanding of intersectionality, a term coined by American professor Kimberle Crenshaw in 1989, may be helpful in understanding privilege. Intersectionality is a sociological theory that takes into consideration all facets of a person’s identity. The intersection of these facets can influence how much privilege or oppression a person may experience. A white man who grew up in poverty may experience privilege due to the color of his skin but might, at the same time, experience oppression due to the level of his socioeconomic class.

It can be difficult for some to identify privilege when they are born into it because it may be all they know. Likely because of this, McIntosh’s 1988 publication, “White Privilege: Unpacking the Invisible Knapsack,” had a significant impact on many, as the accessible examples of white privilege in her paper clarified the concept of privilege in new ways.

The Role Privilege Plays in Oppression

Privilege and oppression have a strong association with each other. A person who belongs to a privileged group may benefit from oppressive systems enacted by that privileged group, whether they intend to or not. Those who are aware of privilege, however, may work to address the way it appears in their lives. Simply being aware of one’s privilege can help prevent instances of harm or oppression. Members of an oppressed group may at times oppress others within the group. This may be done subconsciously or in a conscious effort to reduce instances of outside oppression.

Individuals belonging to a group that experiences privilege may still experience oppression. In the United States, those who are white often experience greater privilege than those who belong to other ethnicity groups. White males are typically considered to be the most privileged group, but a member of this group who somehow deviates from societal expectations or norms or is somehow deemed lesser by other members of the group may still experience some form of oppression. For example, a white man may experience oppression from other white men when he displays certain emotions, if he has a disability, or if he is not heterosexual.

Some people who have come to understand their position of privilege may struggle with feelings of shame and guilt, but no one chooses a privileged existence any more than they choose one of oppression. Conversations about privilege are considered to be important and necessary for greater awareness, and those who are aware of privilege and oppression may often choose to use their privilege in order to benefit those who are oppressed and work to reduce further oppression.

Discrimination and oppression can take a toll on a person’s mental health. People who have experienced systematic and psychological oppression are often at greater risk for mental health issues such as depression, anxiety, low self-esteem, and posttraumatic stress. In some cases, pursuing specialized mental health treatment may be helpful. Some may find feminist therapy, a strength-focused approach that places an emphasis on social justice, cultural context, empowerment, and social transformation, to be beneficial. No matter the type of oppression experienced or the group that one belongs to, therapy can be a safe and positive place to discuss experiences and explore methods to achieve empowerment and growth in spite of oppression.