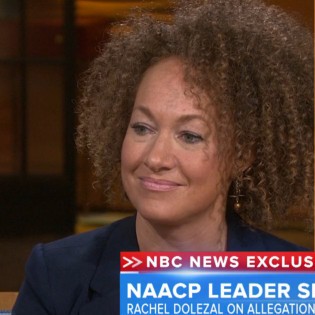 News about Rachel Dolezal, a white woman who says she identified as black from a young age and has portrayed herself publicly as a black woman for years, has flooded social media. Dolezal enjoyed a leadership position with the Spokane, Washington chapter of the NAACP prior to her recent resignation, as well as other honors during the period she presented as black. Since her parents outed Dolezal as having a white identity, Dolezal has been criticized for being deceptive, making a mockery of the African-American female identity, and using race for professional gain. There has also been support for Dolezal, as some have noted her achievements and advocacy work within the African-American community.

The Dolezal situation, covered in greater detail in the video below, raises many questions regarding race, ethnicity, and identity, including this important question: Could Dolezal have accomplished what she did had she openly identified as white? Arguably, Dolezal could have effectively advocated for the African-American community as a white ally rather than taking on a black identity.

There are various definitions as to what constitutes an ally; however, some commonalities in definitions include someone who is social justice-oriented and believes in civil rights, has self-awareness, is able to use his or her position to advocate and support others, and recognizes the needs and strengths of the community for which he or she is an ally. People can be an ally within and outside their communities. For example, African-Americans can be allies for other African-Americans while also being allies for Asian Americans or sexual orientation minorities.

Furthermore, all groups benefit from having allies. The civil rights movement would have been hampered without the support of white allies, women’s suffrage was aided by the support of male allies, and the Americans with Disabilities Act was well-supported by able-bodied allies. In considering both major social advancements and daily occurrences of advocacy, rarely, if ever, are there accounts of the necessity of someone having to morph into the identity of the community for which they are an ally.

Allies are important, needed, and essential in bringing change and correcting social injustice. Consider the following for advancing your ability to be an authentic ally for others:

Before we consider effectively helping others, particularly those who experience some sort of social oppression, we must first recognize who we are as cultural beings. We do not have to deny our identity and run from parts of our identity that have been historically hurtful to others. We can own who we are and take into consideration how our different identity statuses can positively and negatively impact those we come in contact with. It is affirming to marginalized groups when allies feel secure within their identities and can make genuine connections without having to over-identify.

2. Work within Your Sphere of Influence

Organized advocacy and policy work are necessities for making societal change. However, allies should not be dissuaded if they never imagine themselves lobbying before the Senate. Everyday allies are important. Everyday allies work within their spheres of influence to create change and educate others within their families, work environments, friendships, and social groups. Education and information are helpful when encouraging others to be culturally sensitive. But education and information are not always enough. Sometimes, the quality of a relationship is what is important in making a change. A difficult message may be better received from a partner or friend versus a pamphlet or blog post.

A white person cannot own the racial reality of African-Americans or other ethnic minority groups. Fortunately, this is not the goal or a stipulation of being an ally.

3. Respect the Cultural and Racial Realities of Others

As an ally, we may never fully get the experience of the group we are aligning with. For example, a heterosexual person can never truly know what it is like to live in the shoes of a gay or lesbian person. A man cannot fully comprehend the everyday experiences of being a woman. A white person cannot own the racial reality of African-Americans or other ethnic minority groups. Fortunately, this is not the goal or a stipulation of being an ally. We do not have to live the reality of others to respect and accept that their realities exist. Despite never spending one day as a woman, a man can recognize a culture of sexualizing women and stand up against sexual assault. Without having to braid her hair or darken her skin, a white mother can be aware of a social system that criminalizes and dehumanizes black boys and men and join black women in fighting disparities in the criminal justice system. The first step is accepting that a racial or cultural reality exists—even if it is not our own reality.

4. Advocate within Your Own Culture

At times, we can hear and understand a perspective when it is presented by someone who appears similar to us. When it comes to diversity work, white, heterosexual, cisgender men can have a hard time finding their fit considering all their privileged identities. The idea that white men have no place in diversity work is far from accurate. White male allies hold a unique position that allows them to confront and challenge biases and discriminatory beliefs held by other white men, as a shared cultural background may provide a venue for white men to hear cultural messages in a manner that may be missed if expressed by someone with a different identity. For example, people tend to feel more comfortable sharing with others that they feel similar to. Biased views a white man may hold may never be expressed around a woman or ethnic minority; thus, those views are never challenged. Biased views may be expressed to another white man due to assumed commonality, which then allows a white ally to confront biases that would otherwise be hidden.

Being an ally can be hard work. We can feel disappointed in the snail-like pace of change, emotionally drained by the frequency in which we engage in difficult dialogues, and hold anger toward systems of oppression. Because of this, allies need other allies to support and encourage their work, while also providing space to express the frustrations associated with being an ally. Being able to develop relationships of trust and support requires authenticity in allyship.