Bisexual People Outnumber Gays—So Why Are We Treated So Poorly? 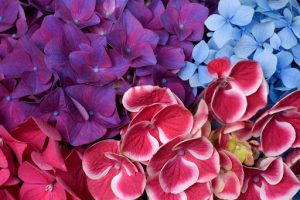 Life isn’t easy for bisexual people. For the most part, they are invisible, defined by society by the gender of their partners. Bi people with opposite-sex partners are viewed as straight, those with same-sex partners considered gay, and the ones who have both male and female partners—well, they’re just sluts (Ann Landers once called bisexuality “lust run rampant”). Tell a heterosexual person you are bi and he or she may picture wild three-ways (if you are female) or see you as a sexually transmitted disease conduit/pariah (if you are male). In the gay community, things aren’t much better—bisexual people often are seen as “closet gays,” or as people who want to have same-sex partners while retaining heterosexual privilege. Bisexual people who first identified as lesbian or gay have special problems, as I learned when I came out as bi in the eighties after having been an extremely out, activist, self-identified lesbian. We are traitors, sellouts to the comforts and ease of a heterosexual existence.

For starters, let’s set the record straight about sexual orientation. Our culture arbitrarily defines sexual orientation by splitting it into two categories: homosexuality and heterosexuality. Some people acknowledge the existence of a third category, bisexuality, defined as equal attraction to both sexes, but believe this occurs very rarely.

But reality isn’t parsed so simply into boxes. As the great sex researcher Alfred Kinsey noted over 50 years ago, sexual attraction varies along a continuum, and he devised a seven-point scale to describe this. At one end of the scale are people who are exclusively heterosexual—all their fantasies, attractions, and sexual and romantic behaviors are directed toward the opposite sex. At the other end are people who are exclusively homosexual. In between are many gradations of desire, from “mostly heterosexual” to “mostly gay.” ( It’s actually even more complicated than that—some people have sexual but not romantic feelings for one gender or the other, and some have a fluid sexuality, experiencing different degrees of same- or opposite-sex attractions at different points in time. And women may be more physiologically wired for bisexuality or pansexuality than men. But these are topics for other articles.)

So bisexuality—meaning people with some significant degree of attraction to both genders—is pretty common. Bisexual people outnumber gays and lesbians. Some researchers, emulating Kinsey, break subjects down along a five-point scale, from exclusively heterosexual through mostly het, het-leaning bi, bi, gay-leaning bi, and so on. Using these metrics, points two through four—people with a mixed sexual orientation—comprise a far larger group than those with exclusively gay orientation. (Savin-Williams, 2013)

So how could we possibly be so invisible? For one thing, we often take longer to figure out our sexual orientation—it’s confusing to an adolescent to find he or she has mixed attractions when the world is pressuring him/her to choose up sides. But that also means we are less likely to be “out”—to be visible.

But we’re also invisible because we threaten the binary system of sexual identity, so neither gay nor “straight” people want to acknowledge bi people exist. The binary system exists to put as much distance as possible between heterosexuals and homosexuals, the “other.” For heterosexual people, especially straight men, admitting there are people who are “mostly heterosexual” or bisexual means they have to ask themselves if those feelings exist within their own hearts. Easier to just never mention them. Exclusively gay or lesbian people have different reasons to deny their existence. Historically, many gay people see themselves as having been “betrayed” by partners who identified as bisexual, so many see the label as signifying betrayal or cowardice.

If bisexual people do become visible, are truly seen, they are often mistrusted, feared, even despised. Bisexual women feed the fantasies of many straight men, but that is hardly acceptance. Bisexual men become instantly de-masculinized. Both are feared as disease carriers: bi women are sometimes shunned in the lesbian community for that reason, and straight women are warned away from bi men. Young bisexuals coming out are seen as going through a “phase,” a reason for a parent to hope that traditional marriage is still a possibility.

And the “It Gets Better” thing? Not so true for bi teens. A new study in the Journal of Adolescent Health (Cardom, Rostosky, and Danner, 2013) measured levels of depression in lesbian, gay, and bisexual teens and followed them to early adulthood. For gay men and lesbians, it does indeed “get better”—rates of depression symptoms, especially thoughts of suicide, decrease dramatically from adolescence to early twenties.

But for bisexuals and those who identified as “mostly gay,” suicide thoughts and attempts did not decrease. The authors speculate that this is because exclusively gay teens receive support from the gay community, but bi teens find, to their dismay, that they are just as isolated and stigmatized in gay life as they felt in the straight world. And that leads them to be ambivalent and uncertain about their orientation.

In a weird way, it’s easier to be exclusively oriented to one gender. Even if that gender is your own—at least your orientation is clear-cut. It’s harder for you and everyone around you to be in denial. And you don’t have to ponder the meaning of “choice,” because you have none. As Janis Joplin sang, “freedom’s just another word for nothin’ left to lose,” and if you are gay, especially if you are gender nonconforming or gender queer, at some point you either come to terms with it or you don’t—which can mean suicidal ideation or a life of misery and isolation.

So, to an extent, bisexual people are perpetuating their own stigmatized position. I have found that most people self-identify according to the gender of their partner. Whether your partner is same or opposite sex, you get a lot more support and acceptance if you pretend to be what you look like as a couple. But as long as bisexuals do that, we allow the issue to remain invisible—or, worse, we allow all the terrible stereotypes of bisexuals to exist, unchallenged by the reality of having a loved one, co-worker, friend, or acquaintance who is openly bi.