Letter to My Sister 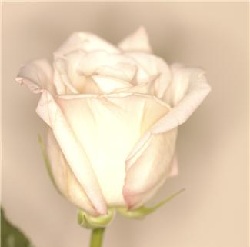 The following is an open letter to my sister Andrea Haber, who died from complications due to alcoholism on 10/31/11.

Just a note to let you know how much I miss you. It’s still so bitterly ironic to me that what killed you is the very disease I’ve devoted my life to battling. But in a way, your alcoholism never gave you a chance.

I’m sorry we never talked about it, although you can’t say I didn’t try. There was a time, a few years back, when you told me you wanted to talk about it, and my heart leapt. But that talk, like so many hoped-for moments, never materialized.

I believe when I first got sober I wrote you a somewhat long-winded, pompous letter about the perils of drinking. I’m sorry again that I preached at you like that. You handled it with grace but I cringe now at the thought of my presumptuous rambling. Newly sober people often think they can save the world with a few well-chosen phrases. I guess I thought there was really something I could do. Naïve, yes, but even at the end, and maybe even now, I often feel the same way.

I miss your letters. They really made me laugh. You were a fabulous writer and I think that you, as with so much else, underestimated yourself. Their absence has created a very loud silence.

I’m sure you’re thinking, “Gee bro, nice cheery letter!” I only wish I could be more cheery. This is an occasion I never wanted— that even with the grim medical news coming from Pittsburgh, I never really saw coming. There’s just no good way to spin the loss of someone so young, so beautiful, so amazing. Part of the tragedy for me is, I don’t think you ever truly understood just how loved you were. Mom told me you were shocked when she said to you, near the end, how much you’d be missed should the worst happen. This too, is another symptom of addiction: the disbelief that we matter to people, the certainty that we’re really “only hurting ourselves.”

Hard to be cheery when feeling so cheated…

Of course, denial is the hallmark of this loathsome affliction. We grew up with rationalizations and minimizations aplenty when it came to Dad’s drinking and the family’s Nixonian “cover up”—i.e., “Don’t talk about it, too embarrassing” (Dad’s favorite) and “It’s not that bad” and “Don’t exaggerate,” all repeated like mantras. Even I, near the end, felt that chances were good you’d come around; see the light, get sober. Your disease made a mockery of my optimism.

So hard to sit on the sidelines and simply try to accept. I’ve struggled lately with, “Did I really do enough?” Should I have gone all out and planned an intervention, John Wayne style? Should I have demanded you listen to me until “the truth” sank in? I already felt like a stick in the mud, the voice of gloom, whenever you called or wrote me and wanted to laugh or kid around; I loved the jokes but was so terribly worried about your well-being. We had a trove of inside jokes, a bulwark against the despair of growing up in that chaos and emotional violence. I cherished the humor but wondered what might be going on underneath. There is a pain we can’t hide from, I have found, no matter how clever or humorous we are. When your doctor handed you that grim prognosis last year, that you either stop drinking or die, I thought “well this is it, she can’t ignore it any longer.” Wrong again, bro!

Of course the cliché is that there’s nothing you can do to get a person to stop; no amount of begging or pleading or coercion will ever do the trick. Maybe briefly, superficially, but it’s an “inside job” (as they say) when it comes to lasting change. We can give someone just about anything, except motivation to do the hard but necessary thing. I kept thinking you’d finally “hit bottom” when the doctors told you your liver was shot…until mom told me this wasn’t the case, that she feared nothing was changing. I backed off a bit because I know how she hounded you. Maybe that was a mistake. Maybe hearing it from me would’ve got you moving.

I cringe when I see the pride and ego in that last sentence. Yes, you should have heard it from ME, your big brother, sober white knight on the West Coast, brandishing a master’s degree in psych., saving souls and fighting the good fight. I wonder if you’re chuckling as you read this.

Perhaps it’s pretentious of me to think I had the slightest idea of what might be good for you. I had no idea what was really going on in your life, and I suppose it was none of my business. Maybe the long, hard climb back to sobriety might have been too difficult; perhaps too many skeletons, whatever they were, had accumulated in the closet for any one person to face.

But saying “There’s nothing I could have done” doesn’t seem to help. Maybe that’s why I’m writing you now; perhaps, in my Jewish neurotic guilt, I struggle towards some kind of absolution. Doubt has always dogged me; so hard to not look over my shoulder in almost every instance. This is no exception. Could I have somehow said more, done more, pushed harder to help you “see the light”? (Am I hearing that chuckle again?)

Just this morning I advised the mother of a patient that there was nothing she could do to “get” her daughter to stop using and go to meetings. I thought, “Wow she really thinks there’s something she can do!” So easy to sit in one’s cozy office chair and dispense wisdom to the struggling, misguided souls asking for help…

Here’s the hard part (as if there’s an easy part!): You can detach, stop trying, accept another’s addiction, respect their “life choices” and move on. But how to really “move on” when it’s your own flesh and blood? You can stop obsessing, stop letting the person’s disease hold your serenity hostage, attend Al-Anon meetings, seek counseling…but the kind of Zen-transcendent it’s-all-good acceptance I’ve perhaps subtly advocated to others isn’t possible, at least not for me, at this point in time.

Because I can’t stop loving you. Can’t switch off the caring. How could it be otherwise?

Maybe the idea is to make room for both, the love and the acceptance. It’s not either-or (as I’m fond of telling my patients). You can love the person and hate the disease. It’s just hard to stand by and watch a loved one fall to pieces and to try and pretend it’s not happening. It’s like a fatal car accident happening in slow motion right outside your door. I prayed every night for you to find the desire to stop drinking. I struggle to accept it never happened.

I know you meant no harm, Sis, and I never took it personally. I think if you could have stopped, you would have; as I say, the odds were seriously stacked against us from the get-go. I don’t know why I hit the lucky number; I just know it’s a gift that I protect with my life, and I would have given anything to have shared it with you. I tried.

I hope you know that somehow, wherever you are, I was worried but not condemning you. There is so much shame with this thing but I always longed to say to you, How could you not be an alcoholic, with all the crap we had to deal with? Even so, I underestimated the awesome power of this thing, and can only guess at how you suffered beneath the chuckles, the jokes and that wonderful wit of yours. It’s just hard to accept that, in this case at least, love was not enough…so difficult at those times when I think of our private jokes and laugh and want to email you…hard to really accept that my kid sister—my first friend, my loyal ally—is really, undeniably gone…

Related articles:
The Pendulum of Grieving
Over-Extended: Thoughts on Boundaries in Addictive Families
In Case of Emergency: Seeking Help When a Loved one Struggles with Addiction