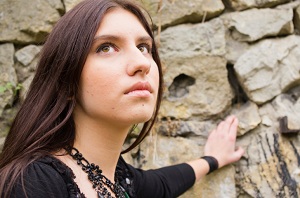 Often the parent of a teenager or young adult in recovery will tell me that their son or daughter is “like an extension of myself.” They might describe their offspring as being “like one of my own limbs” or “so close, it’s like we’re one person.” Inwardly, when I hear this, I often cringe.

On the one hand, it’s wonderful when a parent who feels close to his or her child is deeply invested in the child’s well-being and intimately attuned to their joys and pains. How could a conscientious parent not be? On the other hand, it’s possible that this kind of intensity constitutes an enmeshment, a “too close”-ness,  to the point where little to no distance exists between the child’s feelings and the adult’s. In such a  case, the parent becomes overly reactive to any anxiety, fear, or other extreme emotions on the part of the child.

A reactive parent often projects unwanted “bad” thoughts or feelings onto the child such failure or unworthiness, unconsciously in most cases, feelings they themselves struggle with. Without perspective or proper distance, a child’s “failing” of any magnitude can feel enormous to the parent, rather like looking at a painting with one’s nose pressed to the canvas. The result is often intense criticism, judgment, or a withdrawal – also known as “the cold shoulder.”

In these cases, the parent is so attuned to the child’s emotions that the feelings seem to exist within the parent, and the child is made to feel responsible or shamed for the shame or “failure” that the parent is in fact carrying within himself. This, of course, is disastrous for the child’s maturation. A teen needs to develop emotional “muscles” to handle the tumultuous emotions of these years. Feeling responsible for both her own and her parent’s emotional life can only exaggerate the craving to self-medicate or escape.

This is not to blame parents for “causing” addiction, especially since we can not really tease out specific causes to begin with. However, a parent – as traumatized as their son or daughter by the tornado of addiction – often internalizes the child’s addiction as an enormous parental failure and sees it as a matter of weakness, not illness. Thus the child becomes an emotional target for rage, shame and/or massive disappointment. Sentiments like, “How could you have done this to us?,” “Are you doing this to hurt me?,” “Why can’t you stop?,”  or “We taught you better,” may be aimed at the child.

The irony is that an adolescent or young adult’s addiction is often, in part, a misguided attempt towards separation from a longstanding enmeshment. In other words, substance abuse probably originated from a move towards “independence” through rebellion in the teen years. A child in an enmeshed family system carries an inordinate sense of shame and remorse, and therefore seeks relief from these heavy feelings.

When parents are invested with undue intensity in their kids’ day to day outcomes, anything less than constant excellence becomes unacceptable. The child’s missteps impinge on the adult’s well-being. Individual identity becomes blurred, to the point where both parent and child are not sure which thoughts or feelings are even their own. The child wonders if she is trying to excel because her parent(s) might not tolerate anything less. This internalized over- responsibility for the adult’s happiness stifles or suffocate the child’s burgeoning true self which leads to resentment, anxiety, or rebellion.

If a child feels too burdened by parental expectations, turning to drinking or drug use might be a maladaptive way to feel “separate” or different from the parent and establish her own autonomy. The “high” provides (short-term) relief from the intensity of these expectations, and establishes a temporary identity that is clearly demarcated from the parents – i.e., “There’s no way mom and dad would approve of this!” Such rebellion may initially feel liberating. In serious cases, such “freedom” turns out to be a Trojan horse, foretelling the appearance of unforeseen and often unforeseeable consequences.

When a young addict enters sobriety, a parent will often discover – with supportive treatment – a longstanding pattern of enmeshment that must be addressed. Most frequently, one parent is too close and the other too detached. The adults, like their recovering youngster, must now seek balance. I have worked with many of these parents in my own practice, and they are to the last well-intentioned, loving, and want only the best for their child. They are also, unfortunately, almost all completely unconscious of the degree to which they have over-invested their identity in the fabric of their child’s existence.

All human beings, family members included, are separated by boundaries. This is both the blessing and the curse of human relationships. Emotional intimacy is preferred, while “merging” is problematic. Yet a parent who has struggled with low self-esteem, perhaps due to their own childhood traumas, may unconsciously hope for their child to provide a corrective experience of uninterrupted closeness. Or perhaps a parent struggling with insecurity may hope that a child’s ongoing success can affirm her or his own inner worth. Yet conflict, misunderstandings, (often accidental) emotional injuries, and other obstacles to intimacy are inevitable facts of the very imperfect human experience.

Loving people can make mistakes and choose behaviors that accidentally injure or repel the other person. But the more a child feels he or she can make mistakes and be beautifully imperfect but still loved, the healthier the child and child-parent relationship will be. The more the child can make “wrong” or “bad” choices, with reasonable safety, and still be accepted, the more he/she is apt to do the right thing. The choices are made from the heart rather than from a grim sense of duty or a looming sense of “or else.” Rules and consequences are essential for teens, but tightening the psychic thumbscrews in the name of “discipline” backfires all too often, and becomes a self-fulfilling prophecy, where fear smothers love and remains firmly in control.