How to Tell the Difference Between Bipolar and Borderline Personality 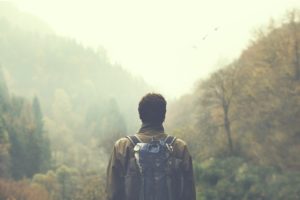 Impulsivity, mood swings, irritability, high and low periods, patterns of troubled relationships—these symptoms often indicate bipolar, but they can just as easily appear in people who have borderline personality (BPD).

The resemblance between the traits characterizing each issue and the possibility of co-occurrence has led some professionals to question whether BPD is a subtype or variation of bipolar. The general consensus among mental health experts, however, is that while these conditions often present with similar features, they are two separate mental health issues that can usually be distinguished in a few key ways.

It’s during periods of mania that bipolar may be most suggestive of BPD, as manic episodes often involve thrill-seeking, impulsive, or aggressive behavior.

A mood disorder, bipolar is primarily characterized by shifts between high-energy (manic) states and low-energy (depressive) states. Bipolar-related mood changes can range from mild to extreme, and they’re typically accompanied by changes in a person’s energy and activity.

Not every person who has bipolar will experience a classic manic episode. These episodes generally last several days and frequently involve increased activity and productivity in schoolwork, work-related tasks, or creative pursuits. Feeling very energized or charged, with little or no need to sleep, is common.

People living with bipolar II experience milder manic periods known as hypomania. Cyclothymia, a subtype of bipolar, involves hypomanic and depressive periods that don’t meet typical bipolar criteria. But mania is a symptom specifically linked to bipolar, so having even one manic episode indicates bipolar in most cases.

It’s during periods of mania that bipolar may be most suggestive of BPD, as manic episodes often involve thrill-seeking, impulsive, or aggressive behavior. Impulsive actions might include risky sex, excessive spending, or substance abuse, along with other behavior that isn’t typical. Rapid cycling bipolar may particularly resemble BPD, as mood fluctuations happen more frequently than with typical bipolar.

But with BPD, particularly untreated BPD, emotional shifts tend to be sudden and happen frequently. BPD is a personality disorder, so the associated traits don’t simply relate to mood changes, they’re persistent behavior patterns. Extreme, all-or-nothing thinking patterns also help characterize this condition. For example, a person with BPD who experiences mild criticism at work may become very upset and distressed. They may feel they’ve failed and fear they’ll lose their job.

Another characteristic of BPD is difficulty interpreting emotions. People often view neutral or other expressions as negative, and this misinterpretation could lead to conflict or strained personal relationships.

Lifetime suicide risk is high with either bipolar or BPD, while recurring non-suicidal self-harming behaviors as well as multiple suicide attempts are common with BPD. Cutting and other self-harm doesn’t necessarily indicate suicidal intent. Research indicates many people with BPD self-harm as a way of coping or as a way of feeling something during a period of dissociation.

How Do Treatment Approaches Differ?

These two conditions have separate underlying causes, though people with a family history of either bipolar or BPD have a higher risk for that condition.

The causes of BPD aren’t fully known, but it’s believed to develop from a combination of factors. A tendency to experience extreme emotionality, which can also run in families, is believed to contribute, especially in people who’ve experienced abuse, trauma, and neglect. Brain chemistry is a significant contributing factor to bipolar, though environmental factors can also increase risk.

Correct diagnosis is important, because treatment approaches vary depending on the condition. It’s important to understand that therapy alone typically can’t treat mania in people living with bipolar. It may also not be enough to treat severe depression in some people.

Therapy can help address some symptoms and challenges of living with bipolar, but in most cases people with typical bipolar will need medication to help stabilize mood shifts. Untreated mania and depression can have serious emotional and even physical health consequences, so it’s important to seek, and continue with, treatment.

Mood stabilizers such as lithium won’t help BPD symptoms. In some cases, bipolar treatment might even make certain symptoms worse. There’s no medication that specifically treats BPD. The typical treatment is dialectical behavior therapy, though other therapy approaches such as schema therapy can also have significant benefit.

Can Bipolar and Borderline Personality Co-occur?

A person experiencing symptoms of both bipolar and borderline personality may have both conditions.

Living with untreated borderline personality and bipolar can cause significant distress, in part because the two conditions may play off each other.

The Diagnostic and Statistical Manual of Mental Disorders (DSM-5) recommends mental health professionals avoid diagnosing personality disorders during untreated mood episodes. Taking a detailed mental health history that looks back at patterns and symptoms over a longer period of time can help differentiate the two conditions.

Between manic and depressive episodes, people with bipolar generally experience fairly normal moods. Months or even years could pass between high and low periods, especially when treatment is effective at managing symptoms. So once a mood episode has stabilized, diagnosis may be somewhat clearer. When a manic or depressive mood seems to respond to treatment but symptoms of emotional dysregulation persist, a dual diagnosis is likely.

Living with co-occurring BPD and bipolar may be more challenging than having either condition alone, especially if it takes time to get an accurate diagnosis. Bipolar-related mood swings, when combined with more frequent and rapid changes in emotional state, can make daily life difficult and negatively affect work, school, and personal life. People living with bipolar and BPD may feel even more unstable or unable to control what’s happening around them than those living with only one of these conditions.

While treatment such as therapy can be very helpful for reducing symptoms and improving quality of life, the recommended treatments for each condition differ. This makes an accurate diagnosis essential for successful treatment.

For bipolar, therapy may involve learning to recognize mood triggers, developing ways to cope with bipolar symptoms, and working to reduce the effects symptoms have on daily life. The combination of mood stabilizing medication and dialectical behavior therapy may be recommended for people with both bipolar and BPD, since DBT is generally the ideal approach to therapy for BPD. This therapy involves developing the skills to manage and cope with difficult emotions and practicing positive ways of relating to others.

For people experiencing BPD-related distress during a manic or depressive episode, mood stabilization is an important first step. Research suggests BPD symptoms may improve slightly once mood has stabilized, which can increase the chance of successful treatment. It’s also essential to talk about suicidal thoughts or self-harm, since these may be more likely in people with both conditions than people who only have bipolar.

Psychotic symptoms such as hallucinations can also occur during a manic episode, and these can be dangerous. They’re not as common with BPD, but they do occur, so it’s important to discuss any hallucinations, delusions, or magical thinking when a person presents with symptoms of both conditions.

Finding a Therapist for Bipolar or Borderline Personality

For some mental health concerns, diagnosis may not significantly impact treatment since symptoms can still be addressed in therapy. But when bipolar and BPD, which sometimes present similarly, are misdiagnosed for each other, treatment may be less effective. Symptoms of both conditions can further complicate diagnosis. Some mental health professionals may fail to recognize the presence of both issues, particularly if they’re less experienced with the differences between the two or unaware bipolar and BPD often occur together.

When seeking a diagnosis or working to address symptoms of both bipolar and BPD, it’s recommended to seek support from a therapist who has experiencing helping people with both conditions. While other trained, empathic therapists can certainly provide compassionate care, a therapist who specializes in working with people living with these conditions may offer support that’s designed to address specific symptoms of these conditions. This may be especially important when beginning therapy for the first time.