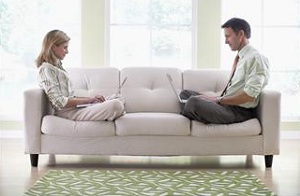 Is social networking changing friendship as we know it? Research hints that the answer is yes.

Facebook provides bountiful opportunities for “friending”—a term we owe to social networking—and many people have hundreds or even thousands of online friends. Historically, people have had 150 to 200 people in their circle of acquaintances, on average, and only a few close friends. But Facebook, for example, allows people to “friend” others without making much investment. This could change the way people approach friendship. Where friendship previously required time, effort, and a lot of conversation, it now seemingly requires only a click of a button. This has the potential to broaden the number of people a person may consider his or her friends, while significantly reducing the number who fit the more traditional traits associated with close friendship.

Although some social networking sites offer options that allow people to limit the viewers on certain posts, people tend to post things to everyone on their friends list. This serves to alter the boundaries of traditional acquaintance relationships. Your boss might read about your difficult pregnancy, and an old college professor might hear about your difficulties in your marriage. Conversely, when people use only social networks to communicate with their close friends, they limit the intimacy and detail of their conversations because—despite the compromised boundaries brought about by social networking—there are still some things that most people won’t post online, even if they’d share these things with close friends.

Social networks also make it much easier to share controversial opinions with friends and acquaintances. Many of us have friends with whom we would never discuss politics or religion. But the endless political jockeying on Facebook and Twitter makes it much more likely that people will engage with their political foes. Depending on how these conversations are handled, they can increase conflict or even destroy friendships, or they can promote understanding and mutual respect.

Starting a new friendship can be challenging, particularly for adults who are no longer in school or who don’t have a large pool of co-workers. For shy people and those seeking new friends, social networking provides an easy way to make the first overture of friendship. By simply clicking the “add friend” button, people can convey that they’re interested in getting to know someone, reducing a traditional barrier to friendship.

In-person communication with friends has always been an important part of friendship. Social networking might reduce the frequency of face-to-face contact. One study found that 10% of social networking friends ranked as “close” had never actually met in person. Social networking also changes how people spend face time with friends; they may spend time together perusing others’ social network profiles or discussing what they’ve seen online rather than catching up on one another’s lives.