How ‘13 Reasons Why’ Hurts: The Danger of Glamorizing Teen Suicide 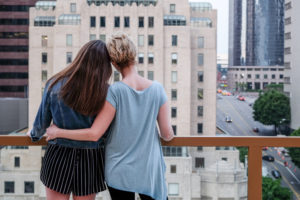 13 Reasons Why is a runaway hit with teens and tweens. Here’s what you need to know and how to discuss the controversial topics it introduces (and doesn’t always handle responsibly) with your kids.

Netflix’s 13 Reasons Why glamorizes suicide to a vulnerable audience. It sends the troublesome message that if you are not able to find your voice in life but are thoughtful about planning your death, you can bring about justice and have the last word from beyond.

What a way to stick it to the people who contributed to your decision to end your life.

The teen years are fraught with challenges. Unfortunately, bullying, sexual objectification, and unstable relationships are some of the issues adolescent girls often face. The show’s protagonist, Hannah Baker, experienced a series of heinous assaults—on her character and her body—at the hands of her peers.

Parents, classmates, and school faculty were not there for her, as she needed them to be. She handled her pain by ending her life at age 17. She was a bright girl with a dark sense of humor and unknown potential.

Instead of seeking help, she spent the last week of her life crafting an elaborate scavenger hunt as a legacy to teach the people who had hurt her a lesson. She channeled energy that could have saved her life into planning her death and the events that would follow.

I see teens in my private therapy practice. Many of them are watching this show, which makes suicide dangerously relatable and depicts it as a form of self-expression. I fear we are going to see a surge in teen suicidality.

Suicide is the second-leading cause of death among young people ages 15 to 24. More than 5,000 people in that age group die by suicide every year in the United States. Graphic depictions of suicide have been shown to exacerbate suicidal ideation in already troubled teens, particularly if the act is portrayed as imaginative and brave. Adolescents who think everyone paid attention to the pretty, misunderstood girl from 13 Reasons Why may be tempted to follow her lead.

The show shines a light on the damaging “butterfly effect” the self-serving actions of insecure high school students jockeying for social status can cause. It opens up an important conversation about “slut-shaming” and sexual assault. But it fails to let teens know suicide is not an appropriate response to tragic circumstances.

As it is, too many teens struggle with depression and suicidality made worse by the cruel politics of high school. This show gives them an out of sorts, painting suicide as an opportunity to be immortalized in death.

Her suffering makes her a heroine—maybe even a modern-day martyr. But is that really the message we want our kids to take away? That if they are clever enough about the way in which they plan their untimely death, they will make an impact in a way that would never have been possible if they had struggled through it and lived?

What does this show teach kids about the value of their lives?

Hannah Baker made audiotapes and began a chain, arranging to have them delivered to each person she holds responsible for contributing to her suicide. She declares each one guilty in a posthumous trial, shaming them among their peers and riddling them with fear of social, academic, and legal consequences if word gets out about what they did.

She lives on as a narrator, almost as if she is watching her classmates’ lives unravel in response to the information she disseminates among the group. She is the “star” of the show.

Teens need to understand if they end their lives, they are not going to be watching anything unfold, and they are not going to be the star of any show. That’s it. Game over. Pain over but also opportunity over. No witty voiceover or indie soundtrack. Life over. Once she decided to end her life, it seems Hannah took more pains to plan for events after her death than to seek a reason to live.

High school can be vicious. At this treacherous developmental stage, fitting in can seem like life and death. Kids betray friends to avoid humiliation, impress peers, and secure their place in the social hierarchy. Add to that the rapid changes occurring in the body and brain, the pressures of navigating dating and sexuality, worries about grades, extracurricular activities, college, and family issues, and it’s a perfect storm of stress.

But the answer is not to opt out. And this needs to be made clear to a population susceptible to self-doubt and impulsivity. Adolescents’ developing brains cannot fully grasp the impact of their actions, rendering them prone to ill-conceived decisions.

Most choices can be remedied and may serve as valuable lessons. But utilizing one’s suicide as an intricate revenge fantasy? Teens need to recognize this irreversible act will not bring the satisfaction they imagine. Despite her voiceover implying otherwise, Hannah Baker did not live to see the impact of her tapes.

The teen years can be agonizing. One out of six high school students seriously considers suicide. The message needs to be made clear. Once you take your life, there is no coming back. There is no chance to use your pain to create something beautiful, to use your empathy to offer people friendship or hope, or to triumph over those insecure, self-important kids who stepped on you to prop themselves up.

There is no realizing they cross your mind less and less as you find contentment, fulfillment, and connection with people who are not fixated on their own image, or that there are no more cool kids—life after high school is about finding your passions and people who uplift you.

With many teens viewing media on their personal devices, it is challenging to stay on top of what your kids are seeing, but it’s important to know what is influencing them. None of the teens’ parents in the show have a real sense of what is going on in their lives while they make savage, illegal, and, in Hannah’s case, fatal decisions.

Teens don’t tell their parents everything. It’s stage-appropriate for them to reject their parents’ ideas and carve out their own identities, but you have a responsibility to engage with your kids and know their friends. Encourage them to share their goals and setbacks with you.

There are clues when something is wrong, but you have to look for them. How are their grades? What do they do with their free time? Which activities are they involved in? What are their interests? How is their mood? Who are their friends?

13 Reasons Why raises a lot of serious issues worth discussing, but it dangerously romanticizes suicide and elevates it to a heroic act. Though Netflix does not release ratings data, it is the most-tweeted-about television show of 2017, making it clear this is a cultural phenomenon.

Since your kids may have watched it already, use it to talk to them about bullying, depression, feelings of isolation, and suicidality. Ask them what they think about choosing to end one’s life and what they would do if they felt hopeless. Offer them counseling, whether it’s the guidance counselor at school, a community counseling center, a private practice therapist, or a teen group.

Frame it as a resource to be utilized when they struggle and remind them they can come to you, no matter how concerned they may be about your reaction. Let them know you love them unconditionally and are there to help in any way you can. Ask how they are doing if they appear to be hurting. They may not share with you because they think you aren’t interested or you’ll criticize or worry.

Create a climate that lets them know you care and want to support them without passing judgment or trying to live their lives for them. Talk to your kids and let them know it gets better and help is available.

Sometimes the most difficult choice is to struggle on, but all emotions are time-limited. Just as there were joyful moments in the past, there will again be moments that make life worthwhile. Hardships provide us contrast with which to appreciate them and with the tools to grow resilient.

If you are feeling suicidal, or know someone in crisis, please reach out for help. The National Suicide Prevention Lifeline is 1-800-273-8255.