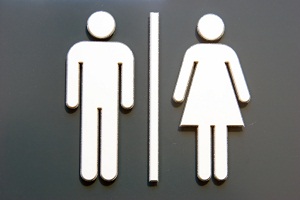 After decades of intense and relentless criticism by advocacy groups, gender identity disorder will finally disappear from the fifth edition of the Diagnostic and Statistical Manual of Mental Disorders. Many transgender and gender nonconforming individuals have been diagnosed with gender identity disorder, but this diagnosis can contribute to the pathologization of gender nonconformity–which is not a mental health condition. Gender dysphoria, the diagnosis replacing GID, attempts to reduce stigma and prevent pathologization by focusing on the incongruence between an individual’s actual gender and the gender assigned at birth.

The American Psychological Association has incorporated a number of significant changes into the latest revision of the DSM to differentiate gender dysphoria from the previous diagnosis of GID. Some of the diagnostic criteria remain the same, but while the diagnostic criteria for GID placed more emphasis on an individual’s behavior and outward manifestations of gender, gender dysphoria primarily takes into account the sense of incongruence between the gender assigned at birth and actual gender identity, and any associated feelings of distress, whether these feelings occur as a result of body dysphoria or social dysphoria.

Under diagnostic criteria for GID, a person assigned female at birth who engaged in stereotypically masculine behavior or dressed in stereotypically masculine clothes met some of the criteria for GID. However, the person in this scenario would not be diagnosed with gender dysphoria without also experiencing a sense of incongruence between the gender assigned at birth and the gender actually identified with.

Reasons for the Changes

As people become increasingly aware of gender-related issues, there has been a strong push to avoid pathologizing those who are transgender or gender nonconforming. Many mental health professionals and transgender rights advocates have pushed to remove any form of gender nonconformity as a mental health diagnosis, but others argue there are benefits to leaving some form of diagnosis in the DSM.

Individuals who have a gender identity that differs from the gender assigned at birth may choose to pursue hormone treatment or gender confirmation surgery to align their physical characteristics with their gender. Doctors who prescribe hormones or perform gender confirmation surgery may not do so without an associated diagnosis from a mental health professional, and many insurance companies will not cover any part of the surgery if the individual seeking surgery or hormones has not been diagnosed. Thus, removing the diagnosis from the DSM entirely may effectively bar a number of people who wish to physically transition from doing so.

Gender Dysphoria as a Diagnosis

Many transgender rights activists have pointed out the potential harm in diagnosing people with a mental health condition based on gender identity.  The inclusion of gender dysphoria as a diagnosis aims to reduce stigma and harm by removing some of the emphasis on gender nonconformity and providing a diagnostic term that instead places more focus on the ways gender incongruence can impact an individual. Transgender and gender nonconforming individuals diagnosed with gender dysphoria may experience feelings of distress or discomfort with certain of their physical characteristics, feel as if they are in the wrong body, or experience distress when others misgender them or call them by the wrong name.

The DSM-5 will give gender dysphoria its own chapter, in recognition of the fact that it is not a sexual dysfunction, a paraphilic disorder, or a mental disorder of any kind.

Some critics, however, believe the new diagnosis does not go far enough to reduce stigma or the view of gender nonconformity as a mental health condition. Diagnostic criteria still use phrasing such as “desire to be of the other gender/some alternative gender” and largely emphasizes “thinking” or “feeling” like “the other gender,” which may not accurately reflect the knowledge transgender individuals have of their true gender and may also reinforce the false concept of a gender binary. However, the DSM-5 does include some language supporting the broader, now widely upheld idea of a gender spectrum.

Though the new diagnosis of gender dysphoria may not completely eliminate stigma toward transgender individuals, this change is largely considered to be a significant improvement over the diagnosis of GID and a positive step forward in health care for those who are of a different gender than the one assigned at birth and who may experience distress as a result.