Not a Fan of the DSM-V … or Its Predecessors 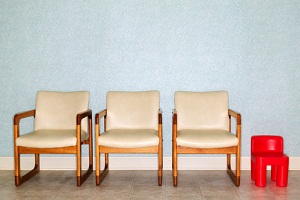 I have to confess at the outset that I am not a fan of DSM anything. I have no wish to criticize the hundreds of hard-working individuals who have devoted many hours of their lives to rewriting the Diagnostic and Statistical Manual of Mental Disorders—a thankless task if there ever was one—but I wish they had directed their talents and energies elsewhere. Perhaps they do, too, sometimes.

Although there is value to precise psychological and psychiatric definitions of distress, the DSM seems to me to vary those definitions according to what it considers politically and economically expedient at the time it is written, and then parse those definitions into discrete numerical classifications, which regulate who gets state aid, who gets medication, who merits insurance reimbursement, and who does not. It defines who is considered “ill”—often designating people as such because they don’t conform to what some feel are social norms. We can applaud the DSM’s ability to change with the times and help people, but I wonder who defines what those changing times and their social norms require.

Some of the main changes to the DSM-V apply to Asperger’s, disruptive mood dysregulation, obsessive compulsive and excoriation disorder, bereavement and depression, shyness, and gender identity. Some behaviors that I consider “normal” have been made into diagnostic categories, and a few diagnoses are being changed to fit in somewhere else. These differences may result in some people losing the help they need, and others getting help that they not only may not need, but that might be unnecessary or even harmful.

Let’s look at these proposed changes one by one, and see what they mean and what effects they may have, if any:

So there you have it—the good, the bad, the neutral, and the ridiculous. My problem with the DSM is twofold: philosophical and pragmatic. First, it reduces human behavior to numerical equivalents based on “social norms” which are often vague, biased, and simply too narrow to describe our beautiful human variability, the vast all of who we all are, and it pathologizes normal behaviors. Next, the DSM should help the people it describes; even though it may want to, it often does not.

Do I use the DSM in my work? Not so much.