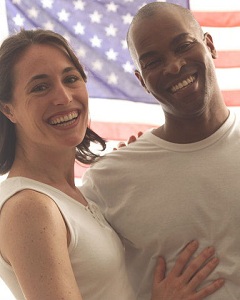 According to Diane Falzone, author of a recent column, the “deployment sex pact” is a long-standing military arrangement. Essentially, the pact gives permission for partners to engage in sexual relations with someone other than their spouses during long periods of deployment. There are no hard and fast rules; each couple makes guidelines that are acceptable to them. Falzone, however, believes such agreements may cause more pain than pleasure.

When Falzone first wrote about it, she had readers who were for it and others who vehemently opposed it. Some wrote that vows were vows and deployment doesn’t change that. Others stated that permission to have sex satisfies natural, biological urges without putting the relationship at risk. Falzone begs to differ, even though she believes every couple has the right to determine the limits of their own relationship. “But it’s my belief that if you cannot be faithful for the 10-18 months of a given deployment, perhaps you should reconsider the fundamentals of what makes a relationship,” she said.

Having guidelines and regulations in the military is one thing, but extending them to infidelity within the marriage is another entirely. And what about discipline? Doesn’t the military teach discipline, restraint, and sacrifice? If a soldier can adhere to those tenets in the field, can’t he or she uphold those same character traits within his or her marriage?

Relationships are founded on trust and honesty. Even if partners believe they might be OK with the idea of a sex pact initially, they may find themselves becoming secretly jealous of their spouses. A deployed partner might develop romantic feelings for someone else and not be willing to divulge that information to his or her spouse. The military marriage and potentially other relationships could be at risk, and there are additional threats such as sexually transmitted disease and unintended pregnancy. Falzone believes finding love is hard enough. She suggests that when you do find that special someone, don’t commit to conditional infidelity—commit to being faithful.