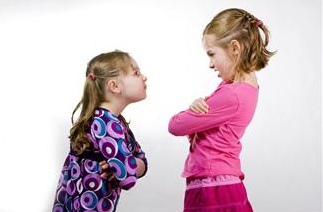 I was talking with a new client and he was telling me about his temper when he gets mad and what consequences he receives. As he was talking, he stated, “when I’m bad…” and continued the conversation about his consequences. When he was done, I asked if he thought he was a “bad” kid. He said no. I was glad to hear that because I think overall, we are inherently good. Yes, there are people out there who would fit more in the “bad” category, but that is not what is being addressed.

As parents and disciplinarians, we try to shape our kids to make wise decisions so the negative consequences can be few or needed when necessary. When a kid gets angry and has tantrums and it happens over and over, it can be very frustrating to deal with. When the kid understands the consequence of his behavior but continues to still get angry and throw tantrums, parents may not be sure of what else to do. Parents slip. Teachers slip. The slip is telling the child that he is “bad” even though the behavior that he is doing may be more the focus of “bad.” I do not think that parents or even teachers slip on purpose and telling the kid that he is “bad,” but we are human and make mistakes, and it happens. Repeating this slip impacts the child’s self esteem. Over time, these children may see themselves as “bad” because they keep repeating the “bad” behavior, receiving the consequence, and having parents become frustrated, and a negative self-image begins to form. I know that is not what we as parents want for our kids. We want them to have a good sense of self and know what is “bad” behavior. So, how can this happen?

Here’s an idea: How about getting away from “bad” and “good” behavior. I know it’s hard to do because “good” and “bad” has been around for a very long time; it’s habitual and creating a newer way can be difficult.

What I am suggesting is to name what is “bad.” For example, your child is hitting a younger sibling because the sibling did not want to share a toy with the child. Instead of saying, “that’s bad,” point out that “hitting is bad.” Tell the child, “It’s not okay to hit when you are angry.” When we point out the behavior that is not okay, it helps us to not get into the “good” versus “bad” cycle. Another example: When your child is sitting on the floor and waiting patiently and you tell him “good boy.” Point out the WHAT that he is doing: sitting and waiting patiently. When he knows what he is doing that makes him a “good” boy, he will be able to associate that behavior in other areas and he will know he is doing well.

Objectifying the behavior takes away the “good” or “bad” titles, which decreases the opportunities for us parents to accidentally say that the child is “bad.”

Remember when your child was a baby and you were telling him what type of person he was going to grow up to be? If not, it’s okay. What I am getting at is when a kid is younger, parents may encourage the child a little more than at an older age. We encourage young children to try new foods, feed themselves, and use utensils, and we teach/show them how to do it then praise them for what they learned, even if it may not turn out well. Somehow as the child ages, the cycle of “good” or “bad” begins or replaces the encouraging aspect of parenting. Yes, kids do need to know right from wrong AND they still need to know that they are capable of doing great things.

Objectifying the behavior can help start a different way of helping your child to know how to make healthy choices. Continuing to encourage your child to try new things or to keep trying something can also help. Asking children what they think about their behavior and maybe what they could have done instead to not receive a consequence can also help. The asking can help your child learn how to see the cause and effect of a particular behavior. This can be a great learning and shaping tool for preparing the child to see more cause and effect as he or she ages and matures. Reminding the child that he or she is a wonderful child, has great possibilities, and is loved unconditionally can also reinforce a positive sense of self, regardless of whether the child has made a mistake or chooses wisely.

The goal of parenting is to help shape a child to have a good sense of self, to know how to behave appropriately, and to be able to self correct or recognize when he or she does not make a good choice. When the “bad” behavior is directly addressed, it takes away from parents accidentally slipping and saying that the child is “bad” when the focus needs to be more on the actual behavior.

It takes awareness and practice to create a new way of responding. Hopefully, this article will enlighten and small steps can be made to get out of the good/bad cycle and help the child to still have a good sense of self, even when he or she makes a poor choice.