Do you Have OCD or OCPD? Know the Difference 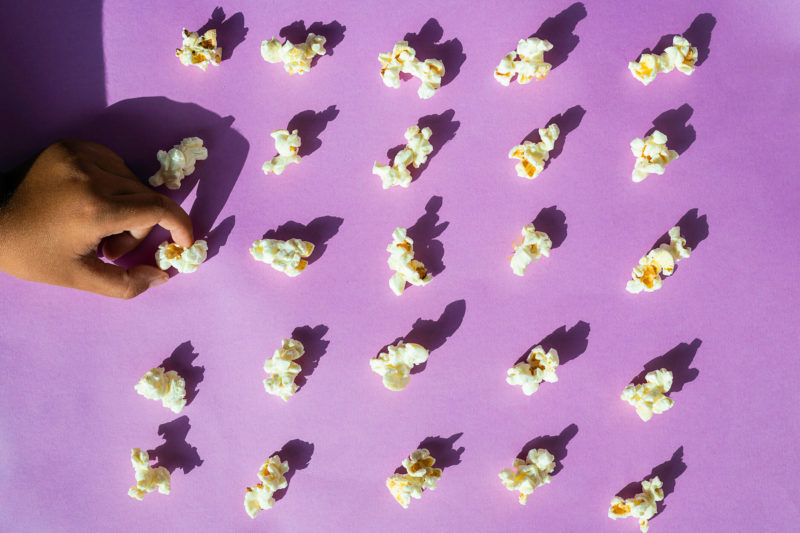 Do you really have OCD? Or is it OCPD?

OCD has become a household term we casually use to refer to anyone who needs to have things a certain way. As a casual term, it works well. It gives us a general sense of what’s being described. But if it’s used as an actual diagnosis to determine therapeutic treatment, it can cause problems. People who we might casually say have OCD may actually have a different condition, and the differences between these conditions call for a different approach to treatment.

About 20% of the people who have OCD also have OCPD,[3] making it difficult to distinguish between the two. And both diagnoses can be either severe or less-debilitating. Many people have some traits of Obsessive-Compulsive Personality Disorder but do not meet the full diagnostic criteria. These individuals can be very productive and fairly well-adapted socially.

Proper diagnosis should be completed by a licensed mental health professional. But following are some fundamental differences that may help you to better understand yourself in either case.

People with OCD have specific obsessions (thoughts that are intrusive, involuntary, repetitive, irrational, and anxiety-provoking) and specific ritualistic compulsions (repetitive behaviors they can’t stop, such as checking and washing). On the other hand, the entire personality of someone with OCPD is affected by an overwhelming need to prioritize control, perfectionism, and order.

While people with OCD may try to control very particular things in order to quiet their obsessions, people with OCPD tend to be controlling universally. It’s as if the space they need to control is much larger. It’s not just the cupboards, it’s their entire world, and they can become very rigid about it.

For instance, Angie, who suffers from OCD, is concerned about how the dishes get washed because she feels anxious if they aren’t absolutely clean.

But Arthur, who suffers from OCPD, insists that the correct thing is to have the entire house in order all the time. People with OCPD may justify their efforts to control by trying to prove that their way is the right way. They feel that they are trying to do the right thing to make life better for everyone, and their efforts can be helpful. But in many cases, they may become rigid in their actions, and, contrary to their motivations, they can make things more difficult for others.

People with OCD don’t necessarily restrict their emotions. However, they do try to control their thoughts (which can range from mildly uncomfortable to very disturbing) by doing compulsive things, such as repetitive and ritualistic cleaning and checking.

But people with OCPD often try to control their emotions as well as their environment. They’re known for delaying gratification. They often give priority to their work, neglecting relationships and their own wellbeing. The emotions they are most aware of are anger, frustration, and resentment. They are more reluctant to be vulnerable than those with OCD, and may not even be aware of any underlying anxiety.

Angie gets anxious if the top is off the toothpaste tube because she fears germs. Arthur gets angry because it’s wrong to leave it off.

Shame or Pride about Their Condition

People with OCD don’t like their obsessions and compulsions and willingly seek help.

People with full-blown OCPD, because they try so hard to live their lives according to moral principles, are very proud of the way they live and don’t understand that they have a disorder. They tend to seek help only when forced to do so by a partner or when they become so depressed from trying to live with such demanding standards that they can’t go on that way any longer.

People who have OCD are motivated to stay safe and to prevent catastrophes. People with OCPD are more motivated by rules and perfectionism. While they may justify their control by pointing to possible catastrophes, their underlying motivation often has more to do with wanting to avoid chastisement, blame, or failing to fulfill their responsibilities.

People with OCD are more clearly motivated to relieve their anxiety. While people with OCPD may also have underlying anxiety or a fear of being abandoned, their conscious concern is that they want to be respected rather than criticized.

While people with OCD may often behave in an insecure way because of their obsessions and compulsions, people with OCPD may become domineering, trying to hide their insecurities from themselves and others.

People who have OCD spend much of their time in compulsive rituals such as cleaning and organizing. People with OCPD spend more time planning and working.

OCD efforts are usually maladaptive, except insofar as it helps them to maintain good hygiene. In contrast, some OCPD traits can be adaptive in a practical way, allowing them to succeed in the outer world, even if it makes them very unhappy. Because they are very conscientious, meticulous, energetic, and committed, they can make significant contributions in many fields, from art to public service to accounting. Most successful performers and athletes are compulsive to some degree.

There are wide variations in the degree of unhealthiness among people with compulsive personalities, based on how controlling, perfectionistic, and rigid they are. Some, who don’t technically have OCPD but only have some compulsive traits, have very few maladaptive symptoms and can be very helpful in planning, organizing, and getting things done.

And there are wide variations in the style of compulsive personality: some are domineering, some are workaholics, some are compulsive people-pleasers, and others are so obsessive about getting things just right that they can’t get anything done.

There is significant research to demonstrate that targeting the specific symptoms of OCD, as short-term Cognitive Behavioral Therapy (CBT) does,[4] can be effective for treating OCD.

There is far less research regarding the treatment of OCPD. In fact, according to psychologist and researcher Anthony Pinto, “there is no empirically validated gold standard treatment for OCPD.”[5]

However, there is reason to believe that approaching OCPD treatment by targeting specific symptoms may not be as effective as it is for OCD because of the pervasive nature of personality disorders. OCPD may benefit from a longer course of treatment in psychodynamic or expressive therapy.[6] This approach can help the individual to understand the possible benefits of their inherent personality style and to understand how those same traits can turn destructive when taken to extremes. Psychodynamic therapy can help them develop a better relationship with their emotions and use their need for control and perfectionism in a healthier way.

Getting to the Root Causes of OCPD

The causes of OCPD include genetic, environmental, and dynamic factors. These dynamic factors include the strategy the individual unconsciously adopted to cope with their particular combination of inherited traits and family situation. We can refer to these dynamic factors as old tapes, triggers, complexes, schemas, or patterns that they play out unwittingly, as if they were still living in the past with their families.

Attempting to treat the systemic, unconscious, and underlying character organization of OCPD by targeting just its external manifestations may not shift the underlying causes.

In most cases, people with OCPD feel a great need to prove themselves, and they attempt to do so with perfection, order, and control.

Whatever the underlying dynamic, a therapeutic experience that gives the individual a chance to identify their specific coping strategy by seeing their old tapes play out in session with a therapist can be very effective. Does the client try to control the therapist? Does the client try to control his own emotions in session? Do they try to prove to the therapist that they are ethically good? This process often requires patiently developing awareness of emotions and the capacity to tolerate them in session, rather than reacting to them by trying to control themselves or the therapist.

The Potential Benefits of Compulsive Personality

If your basic character style is compulsive by nature, you won’t be able to change that. But you can begin to use your natural meticulousness, conscientiousness, and tendency to plan in a healthier, more conscious way that works well for you and the people around you. This can’t happen if efforts to change includes only trying to eradicate symptoms.

I have referred to anxiety and a need for respect as motivations for the individual with OCPD. But on an even deeper level, they are motivated by a desire to help, plan, and repair in ways that can benefit everyone. Finding that original motivation can equip the OCPD sufferer with insight and direction, which can help them to heal and to be more helpful to those around them.

To find a therapist in your area who can help you work through the concerns in your life, click here.