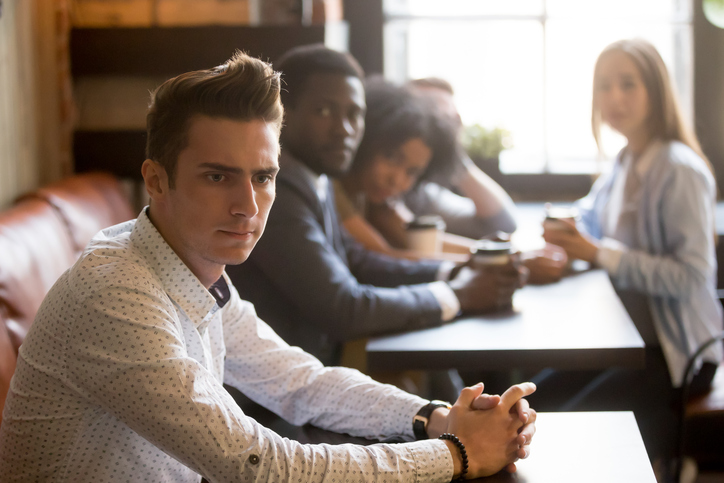 Paranoid personality (PPD) is a diagnosis characterized by extreme suspicion of others. This distrust often extends across a range of settings, from romantic relationships to workplaces. An individual may fear others will harm them even when there are no grounds for such suspicions.

The National Epidemiologic Survey on Alcohol and Related Conditions estimates roughly 4% of individuals have paranoid personality. This condition typically develops by early adulthood. Men are more likely to be diagnosed with it than women are.

Someone with PPD may struggle to maintain close relationships due to their paranoia. Being constantly on alert for threats can create excessive stress. A licensed therapist can help someone with PPD address these and other symptoms.

Someone with paranoid personality constantly assumes others are “out to get them.” The person may lack any evidence for these fears but strongly believe in them anyway. The individual may be unaware that others find their beliefs irrational.

To qualify for a diagnosis of PPD, a person must show at least four of the following symptoms:

Someone with PPD will likely see hostility where there is none. For example, if a coworker hands them the wrong paperwork, they may interpret this as an act of sabotage rather than an honest mistake. Positive actions may be met with suspicion as well. For instance, an individual may see a compliment on their clothes as a passive-aggressive jab at their appearance.

When someone with PPD feels attacked, they are often quick to fight back. They may accuse the target openly, or they could use sarcasm or complaints to let their displeasure known. This behavior may provoke hostility from others, which the person with PPD sees as validation for their initial suspicion. In this way, paranoid personality can become a self-fulfilling prophecy.

Like other personality disorders, paranoid personality can hurt one’s ability to form healthy relationships. People with PPD often believe they are under attack. As such, they can be reluctant to show vulnerability or communicate openly (both of which can be necessary for social bonding.).

Some individuals cope with distrust by keeping social interaction to a minimum. They may put on a stoic, aloof exterior and deflect attempts at conversation. Others may act on their paranoia by becoming overly confrontational and stubborn. People in this second group can find themselves in lots of arguments.

No matter where a person falls on the above spectrum, they are likely to have issues with control. People with paranoid personality often have an excessive need for independence. Teamwork may be difficult for them, especially if the project requires stages of revision. People with PPD can be extremely sensitive to criticism.

Although people with PPD value their own autonomy, they may not appreciate it in others. Paranoid personality can cause someone to become possessive of loved ones. In a romantic relationship, a person may demand to know their lover’s location at all times. These controlling behaviors are often intended to prevent betrayal, but typically they end up driving people away.

Paranoid personality can cause problems with one’s workplace, social network, and overall well-being. Yet due to their mistrust of others, people with PPD are often reluctant to admit they have an issue, choosing to blame others for their concerns. Paranoid personality symptoms are unlikely to improve unless a person seeks treatment.

The symptoms of PPD can resemble paranoid schizophrenia or delusional disorder, but these conditions are diagnosed separately. The paranoia in PPD is present throughout one’s daily life, rather than restricted to specific delusions.

When someone with paranoid personality has comorbid diagnoses, treatment can be even more essential for their mental health. If you are seeking help for yourself or a loved one, you can find a therapist here.