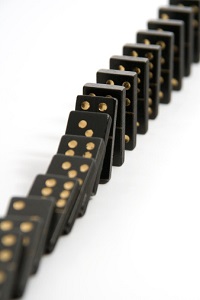 A self-fulfilling prophecy is a thought or expectation that manifests in a person’s life because it has been thought. For example, when a teacher assumes that a certain student is not intelligent, the teacher might give that student less positive attention and more negative attention, resulting in poorer performance by the student. The teacher, in turn, will have the original assumption about the child validated. Or a student interviewing for college might believe she will do poorly during the admission interview. Her anxiety over doing poorly might then cause her to do poorly at the interview, validating her negative self-assessment.

How Self-Fulfilling Prophecies Work
A self-fulfilling prophecy can be directed at oneself, another person, a group, or even inanimate objects. Our thoughts can dramatically alter our behavior. Our behavior, in turn, can affect the likelihood of getting things we want, the frequency with which we engage in self-destructive activities, and our ability to make good decisions. Similarly, our behavior can affect others, particularly people over whom we have authority or with whom we spend significant amounts of time.

Self-Fulfilling Prophecies In Pop Culture
Self-fulfilling prophecies are so common that they have a significant role in literature, movies, and other popular media. The Greek legend of Oedipus is among the best-known examples of a self-fulfilling prophecy. After being warned that his son Oedipus would kill him, Laius abandoned the child to die. Oedipus was raised by foster parents and he, too, was warned that when he grew up he would kill his father and marry his mother. Fearing that this prediction might come true, Oedipus abandoned his foster parents and entered the city. There he fought with a stranger—his father—and married the stranger’s widow, who was Oedipus’s biological mother. This story is also the basis for the popular psychological theory, the Oedipal Complex.