You Found Out You Can’t Have Children. Now What? 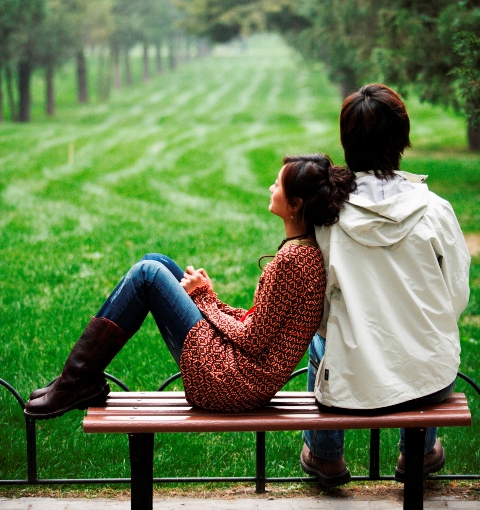 It’s the big question women and men who experience infertility or secondary infertility (infertility after the loss of a baby through miscarriage or stillbirth) ask: “I can’t have kids, so now what?”

Common questions and fears people have when they learn they can’t have kids include:

I always expected to have children and all my life plans included them. What do I do now?

Who am I if I don’t get to raise a living child?

How do I live a fulfilled, happy life when the one I had planned was taken away from me?

Learning you can’t have kids, either for medical reasons or because you just aren’t willing to risk the death of another baby, can create a crisis of identity in even the most balanced and self-assured people.

So when your plans for life drop out from under your feet and you lose your sense of self, what do you do?

Allow Yourself to Grieve

First and foremost, you need to grieve. Allow yourself to grieve for all the various aspects of this loss. Grieve for:

When children are strongly desired and you learn you can’t have them, it is a deep and profound loss. It requires the process of grieving every bit as much as the death of a loved one does.

Remind Yourself Healing Is a Process, Not an Event

The loss of the dream to have children is big. It leaves an emptiness that feels enormous and endless. Pretending that feeling of emptiness isn’t there would be counterproductive. Lying to oneself never helps matters. Trying to fill that massive expanse in your life left by the children you will never know can feel daunting and overwhelming.

When children are strongly desired and you learn you can’t have them, it is a deep and profound loss. It requires the process of grieving every bit as much as the death of a loved one does.

Be gentle with yourself and don’t pressure yourself to fill that gap immediately. As counterintuitive as it seems, befriend that empty space in your heart. Feel into the spaciousness and find the edges of it. Explore what that loss and emptiness feels like in your body.

This empty feeling is not your enemy. It’s a natural response to this deep and profound loss. This emptiness is a necessary part of healing.

Healing from this loss and creating a life that feels fulfilling and happy won’t happen overnight. It may take years of work and intention. It will be a process of grieving and redefining your life and creating a new identity, but it can and will slowly start to lighten over time.

Find Comfort in the Little Things

True healing is an intentional process. You have to choose to want to heal and take steps toward that. Seek comfort and healing in the little things in life.

Consider starting a gratitude jar and writing down one thing each day that you are grateful for. These don’t have to be big or insightful things; they can be as simple as being grateful for your coffee in the morning or the sunshine on your face.

Allow yourself to notice and appreciate the things about your life that perhaps you wouldn’t be able to enjoy if you had been able to have children. This doesn’t dismiss your longing or love for your children who died or never were. As humans, we are powerful beings, and we have space to both miss what could have been and be appreciative for what is.

Sip and enjoy a good cup of coffee or hot cocoa.

Go for a walk in the woods.

Engage in activities that bring even a small amount of light and beauty into your life.

Give Yourself the Gift of Support

If you are fortunate enough to have family or friends who “get” this kind of loss and can be supportive, lean on them. Allow them to be there for you and to love you.

Seek out support groups, women’s groups, or men’s groups to surround yourself with others who can support and encourage you on your journey.

Find a counselor or mentor who will help you walk this rocky, painful path of recreating your sense of self and expectation for life.

Sometimes, finding the right support takes work. You deserve, however, to be supported and loved as you grieve.

Making Meaning Out of Your Life

It’s not about finding a reason why this may have happened. The cliché “there’s a reason for everything” isn’t really all that helpful to many people.

However, choosing to make meaning out of the events of our lives is empowering and healing. Decide what you want to make this loss mean in your life. Decide how you want to use it to create a new life going forward.

Life isn’t what you expected it to be. You may not get to be the person you wanted and planned to be. Choose to make this unexpected and unplanned life meaningful and fulfilling anyway.

You can’t bear children. That is painful and heartbreaking, but it is still possible to live a meaningful, fulfilling, and happy life.