When Did You Become Unforgivable? 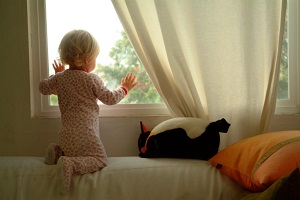 People often tell me they want to die—because they “shouldn’t exist,” were “never wanted,” never “fit in,” are a “burden,” “don’t deserve anything,” or even have the feeling they “did something horrible” but don’t know what.

Generally, this viewpoint comes from something that happened when the person was very young. We now know that even embryos traveling down the fallopian tube are being affected by their environment in ways that have implications for physical and emotional health throughout the rest of their lives.

To work with this, sometimes I ask people if they deserved to live (or die) when they were an embryo, then a fetus, then a newborn, etc. Most people see themselves as innocent and deserving to live at some point. Going through this exercise helps them see that there was a time they could have compassion for themselves, rather than blame or condemnation. For others, as we advance in age, we come to a place where they can no longer say they were innocent and deserved to live. That can lead us to the origin of the issue. If they can’t say they were good anymore after age 2, 4, 10, or whatever, then we look for what happened at that age to change that. Almost always, it was some kind of abuse or trauma.

For example, I saw a woman who wanted to die and believed she didn’t deserve to live, despite the fact she was a kind, giving, loving person. She was severely depressed and obsessed about suicide. She told me if therapy didn’t work, she was going to kill herself. One of the things I did was to take her through this exercise. She reluctantly conceded that she was innocent as an embryo, fetus, and newborn. When we got to 2, she said she deserved to die at that point. When we explored it, she said something happened then to change this, but she didn’t know what. Few people have conscious memories from that age, so early memories can be challenging to resolve.

But then she said she had an image, but she was sure it didn’t happen—”it couldn’t have happened.” The image was of a sexual assault from a family member. It was very specific and unusual. We processed the image as if it was a memory with EMDR, and she felt enormous relief. She no longer thought she was so bad that she didn’t deserve to live. She finally saw that she had done nothing wrong and the shame wasn’t hers. It belonged to the adult perpetrator.

Others blame themselves for their parents’ divorce, or for their parents’ lost lives after marrying each other only because of the pregnancy. People blame themselves for being the gender the parent didn’t want, for their mother dying in childbirth, or for their parent’s depression. When children try to make sense of something that feels terrible in their world, and no one helps them, they tend to think they caused the problem. So many innocent children grow up feeling guilt, shame, and self-hatred because of this. Sometimes, they don’t even remember why. Once they can connect their adult perspective with their child beliefs, they see that it’s unreasonable to punish themselves the rest of their lives because when they were too young to be responsible, their parents made the choices they did.

So if you think you are bad, disgusting, undeserving, unlovable, or inadequate, were you so as an embryo? A fetus? A newborn? An infant? A crawling baby? A walking toddler? A talking toddler? When did you become unforgivable, and why?