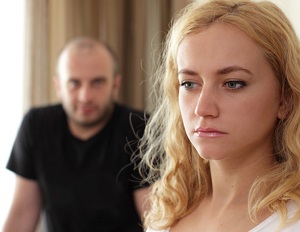 Insecurity is one of the trickiest relationship issues because it tends to create a self-perpetuating cycle. Insecure people frequently cling to their partners, which causes their partners to pull away, worsening the insecurity.

Feelings of insecurity often begin with family-of-origin issues or unhealthy early relationships. In many people, these experiences may interfere with their ability to choose good partners; some insecure people may choose partners who make the insecurity worse. There’s no quick fix for anxiety, and some people need therapy to move past anxiety in relationships, but there are several steps you can take to reduce it:

Not all insecurity is unwarranted. Objectively examine the behavior of your partner. Is he or she honest? Does he or she respond to your basic needs? Does he or she seem concerned about your feelings?

If you’re not getting what you need in your relationship, your insecurity might be the other person’s problem, not yours. But this doesn’t mean you can force your partner to fix it. If your partner refuses to meet reasonable emotional needs, you can either end the relationship or find other ways to meet your needs, perhaps by taking up a hobby, expanding your circle of friends, or finding fulfillment in your work.

Every relationship serves as a sort of mini-government that establishes its own rules and standards of behavior. Something that’s OK in your relationship might not be OK in another person’s relationship.
Talk to your partner about how you want your relationship to function and how each of you can get your needs met. You might, for example, agree that you need a lot of verbal reassurance, while your partner benefits more from favors and nice gestures.

When insecurity is a chronic problem, you should talk openly and honestly about it so that your partner knows you might need extra reassurance. If you have a disagreement about what constitutes a fundamental need, you might need to get out of the relationship or find another way to meet your needs.

No two people think exactly alike, and what might mean absolute rejection to you could just be an oversight or misstatement by your partner.
Mind reading can contribute to insecurity when you make assumptions about your partner’s thoughts rather than asking him or her about them. If you’re feeling unsure of something, express this to your partner and ask for clarification.

Look for the Positive

Confirmation bias is a psychological phenomenon that causes people to look for evidence of what they already believe to be true. If you’re convinced that your partner doesn’t love you, you might see his or her failure to say he/she loves you on the phone as irrefutable evidence that love has died.
But when you look for confirmation of the positive aspects of your relationship, you’re also more likely to find these. Focus on your partner’s positive traits, and interpret ambiguous statements and actions as positively as possible. In minor cases of insecurity, this can be all it takes to move past anxiety.