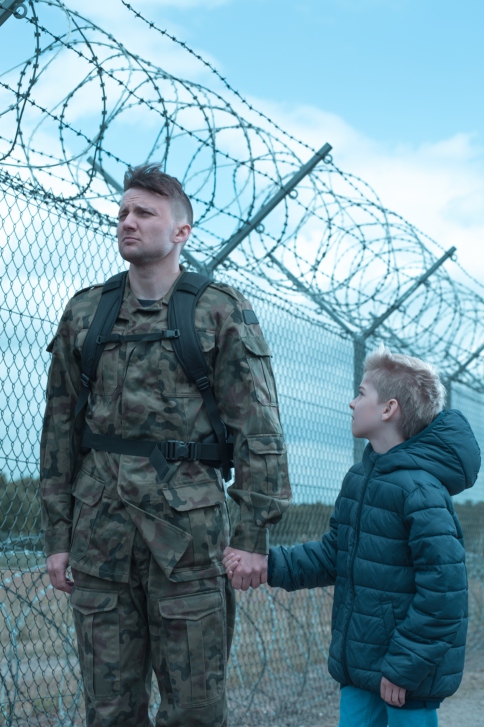 Moral injury, which can be defined as a profound change in or betrayal of one’s sense of right or wrong, is a concept relatively new to psychology. While not a diagnosis, the term attempts to explain emotions felt by veterans and active service members in response to the ethical and moral challenges of war.

Though moral injury is likened by some to posttraumatic stress (PTSD), the two outcomes are in fact distinctly different.

The concept of a moral injury is not a recent one, but discussion of the term is still a fairly recent development, especially throughout the military.

In 2010, Dr. Jonathan Shay, a psychiatrist for the Department of Veteran Affairs, announced on PBS that in his opinion, PTSD did not entirely address the effects of war on an individual, describing the emotions that did not fall into the category of PTSD as a “moral injury.” He explained the concept of moral injury by comparing it to the infection of a wound. PTSD can be likened to a wound, but the complications of a wound, such as an infection, serve to represent a moral injury. He expanded his analogy by stating that often the infection is more dangerous than the original wound. Unlike an infection, however, moral injury cannot always be detected, which may make it even more difficult to treat.

While PTSD is often experienced by veterans or active service members who were the target of an attack or who were close to the target by proximity or through personal relationship, a moral injury is not necessarily the result of an attack. Instead, it occurs when an individual experiences guilt, shame, and/or a feeling of betrayal following a transgression of their deeply held beliefs, which can result from actions taken or witnessed in combat.

A moral injury can also be described as a sort of disconnect between one’s self and second self, where the second self is the part of a person that develops in the face of combat or another situation requiring a difficult decision. Moral injury confuses these two selves, and the individual experiencing the injury may need to understand and reconcile the event or trauma that caused the injury before he or she is able to repair that disconnect.

The term “moral injury” has been adopted by the Departments of Defense and Veteran Affairs as a way to explain the mental effects of war that cannot be attributed to PTSD. Although a moral injury can manifest with symptoms similar to those seen in PTSD, such as acts of avoidance, intrusive thoughts, numbness, and loss of interest in activities, those who have sustained a moral injury also often feel extreme shame or guilt for acts they have committed or witnessed in combat. They might exhibit self-sabotaging or harmful behaviors, and some may attempt to take their own lives.

Service members may also be reluctant to discuss their internal conflict for fear of condemnation or based on the belief that bringing it up could affect their career. Because understanding of moral injuries is not complete and research on the topic is still in its fledgling stages, the full effects of this kind of emotional injury are not entirely understood.

Unlike PTSD, moral injury is not a diagnosis, and since the distinction of the two is still a fairly recent development, knowledge of the former is still limited, and treatments are still in the developmental stages. When moral injury is categorized with PTSD and treated similarly, problems arise, since PTSD treatments focus on eliminating the fear that remains from a particular experience, and fear is not always at the root of a moral injury. A morally injured person might instead find it helpful to discuss and examine the resulting internal ethical conflict, accepting that although he or she may have seen or done something difficult to reconcile or forgive, the act does not have to define the rest of his or her life.

Group therapy has been shown thus far to be the most effective method for treating moral injury, as veterans and service members communicating with others who have experienced similar injuries seem to find themselves better able to vocalize their emotions and pain. The San Diego Naval Medical Center uses this therapy technique in its moral injury/moral repair program, which is the first of its kind. In the program, participants become comfortable with each other before relating their stories to the group members, who are encouraged to provide support while refraining from either judging the actions of their peers or excusing them. The goal, according to program psychiatrists, is for the participants to accept that wrong was done but to also understand it and learn how to deal with it.

The members of the program also participate in community service projects and practice random acts of kindness to regenerate the sense of acceptance within a community that is no longer felt by many of those who have sustained a moral injury.

Adaptive disclosure is also used by psychiatrists to treat moral injury. In this form of therapy, the person in treatment discusses the cause of their injury, imagining that he or she is speaking to someone trusted, such as a coach, mentor, or pastor, who will listen to the disclosure and respond with compassion, not condemnation. The goal of this form of therapy is for those with moral injuries to develop self-compassion in addition to accepting their past actions.

Both the moral injury/moral repair program in San Diego and adaptive disclosure therapy treat troops who often face future redeployment. As such, these therapies attempt to provide those in treatment with ways to continue healing from moral injury on their own. Although the results of shorter therapy sessions seem promising in their treatment of moral injury, studies are still in progress, and longer, more intensive treatment programs are being considered.