The Power Differential and Why It Matters So Much in Therapy 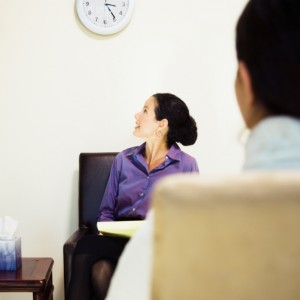 People seeking help are in a position in which they must trust in the knowledge and guidance of their caregiver. This results in a greater-than-ordinary vulnerability. Consequently, people are unusually susceptible to harm and confusion through misuses (either under- or overuse) of power and influence.

“The impact of the role, control, and power difference between client and therapist is very strong and also very subtle, and thus demands a strong ethical stance. In brief, your role as the therapist [or any helping professional] is to create a safe space, empower your client, protect your client’s spirit, and to see a wider perspective.” —Hakomi Institute Code of Ethics preface

Stated another way, there is a power inequality whenever you take on a role that gives you authority over another or creates the perception that you have authority. Power differential roles include: supervisor, clergy, body worker, healer, lawyer, coach, group leader, therapist, counselor, doctor/nurse, mediator, teacher, social worker, massage therapist, guide, and social worker.

In talking about the power differential, it is necessary to clearly describe and distinguish between two kinds of power. This distinction is important because it makes clear that the increased power that accompanies a position of authority is role-based and not the same as personal power.

I like to show the difference between these two powers with scarves. When I am a therapist, I have my personal power, of course, but I wear my added-on role power as if it were a scarf. When I leave my office, I take my role-power scarf off. My personal power stays with me. It’s like my scarf has access to and stores information related to the enhanced power that belongs to my role. With my scarf on, I can remember multiple details about my clients’ processes. When I take my scarf off, I can and need to leave those details and responsibilities behind.

This is not a purely black-and-white thing. Of course I continue to have concern about the people I work with in therapy, and I am known as a therapist or teacher even when I am not in these roles. But many misuses of power are a result of the person in the up-power role over-identifying with his or her role power, forgetting that this is a role-based add-on power.

My friend Nancy’s husband, Daniel, is a commercial airline pilot. Until they understood this dynamic, their marital relationship was quite compromised each time Daniel came home and acted as if he were still the airline pilot—a commanding position. Things changed when Daniel ritually took off his hat with the symbolic words, “I’m hanging the pilot on the hook now.”

I refer to those in positions of increased role power as having “up-power” and those in corresponding positions of lesser power as having “down-power.” These are simple and directional terms not intended to indicate disrespect, disempowerment, exploitation, manipulation, better, worse, power over, or power under. Instead, these terms are intended to denote role differences in responsibility and vulnerability.

Up-power and down-power positions have cognitive, emotional, and somatic differences. As an exercise, I ask my students to walk around the room imagining walking with someone up-power to them. My students notice a variety of things—feeling smaller, more cautious, protective, turned inward (or, for some, feeling relaxed, eager, relieved). Then, when imagining walking with someone they are up-power with, they notice feeling more spacious, focused on the other, taller, kind, caring, and alert. It is very clear to them that the two roles are experienced differently. For most, this is a surprise. A student described the difference in this way: “When I’m a practitioner, my personal needs and ‘stuff’ are behind me resting against my shoulders, and when I’m a client, my personal needs and ‘stuff’ are sitting right there in a huge ball on my lap, visible and available.”

We move back and forth daily between being in up-power positions and down-power positions. (Like putting on a scarf or robe when in a role and taking it off when leaving the role, we move from up-power therapists to a down-power supervisee, or up-power doctor to down-power patient, for example.) We are usually unaware of the shift. This unconscious shifting of roles makes it more difficult to clearly understand the dynamics and impacts.

Some up-power roles carry a stronger differential—and, therefore, a stronger risk of harm—than others. For example, the president or a police officer or a therapist has a greater power difference than the chair of a committee or a clerk in a store. But all up-power roles have impacts and dynamics.

Value of the Power Differential

These values can be reduced to six categories:

Think about it. When you go to a therapist, doctor, or teacher, you want to be in an environment where you can get what you need. You want the environment to be different than just talking to a friend. When you get on a plane, for example, you want and need the pilot to look and act competent. Wearing jeans and a T-shirt just won’t do. You need him or her to be skilled, to embrace his or her role, and treat you with respect.

Understanding and Owning Your Power and Influence

Because the power differential is role-dependent, it is easy to over-identify with (or get inflated by) this increased or enhanced power. However, it is just as easy to misuse this increased power by under-identifying with it. The central idea here is the necessity to understand and own your role power so that you can be conscious and informed.

Here are several misunderstandings that illustrate the multiplicity of the impact of the power differential for both helping professionals and people who seek help: