Life after Rape: 5 Keys to Growth and Healing for Women 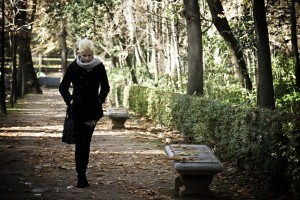 Author’s note: This article is written explicitly for women who have been sexually assaulted as teens or adults. Although many of the emotional and psychological issues resulting from rape are shared among all rape victims, survivors of child sexual abuse and people of other genders who have been raped may experience different symptoms from, and have different needs than, those of women.

I rarely meet a woman who has experienced rape and is comfortable using that word. In fact, in my experience most try to avoid it and instead use language such as “I had an incident,” “You could say that he touched me,” or “I had sex with him but didn’t really want to.”

There is a stigma attached to the word rape that often makes victims feel that if they say it aloud, it somehow means they are tainted or damaged. So let me be clear: While being raped can make you feel you are coming undone, in time it can become a life experience like any other challenge—that is, an experience that allows you to deepen your understanding of yourself and others, helps you grow and develop new skills, and helps you learn that strength and vulnerability are not incompatible. In other words, while being raped can shake your soul initially, with the right help and guidance, it does not have to stay that way forever.

The stigma surrounding rape is so strong that many expect that the word “victim” not be used. We are told that there are no victims, that instead there are “rape survivors.” Well, I’m going to be a rebel today (as I am most days) and tell you that there are, in fact, victims. If you were raped, you were victimized. That’s the simple truth, whether we like it or not. The sad reality is that according to some estimates, almost one in four adult women will experience some form of sexual assault in their lifetime (Centers for Disease Control and Prevention, 2012); for most, it will feel like a victimization. But with time, psychotherapy, and personal growth, a woman who has been raped can feel empowered again, and eventually feel like her “normal” self—a woman who has had many life experiences: some wonderful, some difficult, but all of which contributed to growth.

There was a great scene in the television show NCIS: Los Angeles recently. Two federal law enforcement officers, Kensi (female) and Deeks (male and Kensi’s boyfriend), were talking when Kensi suddenly became quiet. Something in the conversation seemed to trigger a rape memory for her. Then Deeks said something along the lines of: “I know you want to forget it happened, but it will just keep screaming louder to get your attention until you acknowledge it.”

That’s what happens with rape. You want to pretend it didn’t happen and move on. I wish it were that simple, but there is something in our psyche that won’t allow that.

In closing, if you were raped, I want to say this: I’m sorry about what happened to you. I’m sorry you have to go through this; no, it isn’t fair. But even without knowing you, I know you can overcome this. The human spirit can overcome a lot and is stronger than you can ever imagine!

Centers for Disease Control and Prevention. (2012). Sexual violence; Facts at a glance. Retrieved from www.cdc.gov/violenceprevention