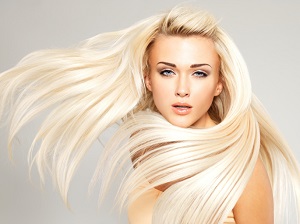 Women face overwhelming pressure to meet an often unrealizable “beauty” ideal. The result is that 80% of women report being unhappy with their appearance, and three-quarters of all women engage in some form of disordered eating such as crash dieting or skipping meals. Many companies have capitalized on this trend, offering a veritable cornucopia of products designed to “fix” women’s perceived flaws.

The advertisements for these products, however, frequently leave women feeling bad about themselves, particularly when images in these ads contain unrealistically “perfect” women. The overwhelming majority of cosmetic and clothing advertisements are digitally enhanced. Even Beyoncé fell victim to this practice, often called photoshopping, getting into a public dispute with H&M in early 2013 when the clothing retailer altered images of her modeling swimwear. But women are increasingly aware of the effects of digitally manipulated advertisements, and some retailers are abandoning the practice of presenting women with unrealistic images.

Photoshopping and Other Tricks

Although women continue to be bombarded with unrealistic—and perhaps even fake—images of models, the tide is slowly turning against photoshopping. Debenhams, a major British department store, recently announced that it will no longer manipulate images, even releasing photos demonstrating the “before” and “after” effects its previous photoshopping efforts had on models’ appearance. The National Advertising Division, an organization that makes recommendations for advertisers, has advocated for an outright ban on photoshopping in cosmetic advertisements.

Advertising tricks aren’t limited to photoshopping, though. The right lighting, heavy makeup, and clever clothing placement can leave models looking very different from how they look in real life. Some tricks mislead women about the effects of products featured in advertisements. Mascara manufacturers, for example, may resort to the use of false lashes or lash extensions to make the product look much more effective than it actually is. Women who buy the product are then left feeling like there’s something wrong with them because they can’t look like the model in the advertisement.

The Effects of Advertisements

Numerous studies have documented the negative effects that advertisements have on women, even when women know the ads have been altered. Women feel worse about themselves, for example, after reading advertisement-laden fashion magazines. Some women even resort to cutting out photos of extremely thin models as “thinspiration” for crash diets. According to research by sociologist Jean Kilbourne, regular exposure to advertisements can contribute to internalized sexism. Women may begin to see their appearance as the primary source of their worth, neglecting other interests in favor of the perpetual pursuit of aesthetic perfection.

Even if photoshopping is banned, women will be exposed to images of models who have been heavily made up, who benefit from excellent lighting, and whose appearance differs substantially from the average woman. Although this practice can feel unfair and even overwhelming, women can take steps to empower themselves and avoid the self-esteem-crushing effects of unrealistic ideals. These include: