Can Your Anti-Anxiety Medication Kill You? 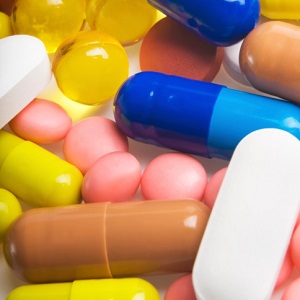 Many people have heard that anxiety medications can have some serious side effects, such as addiction, memory problems, impaired driving, and sleepiness. But a provocative new study claims that taking anti-anxiety medications leads to greater long-term mortality.

Anxiety is the most common mental health challenge; an estimated 40 million Americans every year experience anxiety. Although contemplating such a serious side effect can be frightening, is one study reason to give up on anti-anxiety medications altogether?

The study tracked 35,000 people prescribed anxiety medications and compared them to 70,000 people who did not take such drugs. Study participants were tracked for about seven years, on average. Even when the researchers controlled for variables such as socioeconomic class, medical conditions, and age, the group taking the anti-anxiety medications was more likely to die early.

The study’s authors argue that anti-anxiety medications cause four excess deaths per year for every hundred patients. Although the numbers may seem alarming, they’re relatively low. The numbers also reveal nothing about an individual patient’s personal risk of death.

Anxiety itself is correlated with a host of health problems that may increase the likelihood of death. The study could simply be tracking the effects of severe, chronic anxiety.

If you take anti-anxiety medication and are worried about the drug’s effects, talk to your doctor. A variety of lifestyle and health factors can alter your relative risks. Your doctor can recommend specific steps to take to reduce your specific risk factors. Because anxiety itself can be damaging to your health, you may find that the risks of anti-anxiety medications don’t outweigh the benefits.

Options for Coping with Anxiety

Although medication can help you fight anxiety, drugs aren’t the only antidote. If you’re concerned about taking medication, consider therapy. Treatments such as cognitive behavioral therapy can aid you in detecting and reversing anxious, negative thoughts.

If you have specific fears, your therapist might use exposure therapy. Your therapist may also recommend other strategies to amplify the effects of therapy, such as meditation, exercise, a healthier diet, or a regular sleep schedule.

The study did not find that antidepressants increase the risk of death, and these drugs can be effective at treating anxiety. Selective serotonin reuptake inhibitors (SSRIs) such as Prozac and Zoloft are popular options, but your doctor might also recommend a nontraditional antidepressant such as Bupropion.

No matter what treatment option you choose, be honest with your treatment provider about your concerns, as well as any specific medical risk factors you have. Only then can you and your doctor properly evaluate the right course of action.