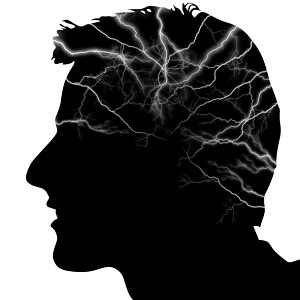 Electroconvulsive therapy, sometimes called shock treatment, has been the subject of controversy for generations. Decades ago, ECT was sometimes administered involuntarily, but current ECT treatments are voluntary and much safer. ECT is one of the most effective treatments for treatment-resistant depression, but its results are unpredictable and the side effects can be troubling. Some people, for example, experience long-term memory loss after undergoing ECT.

Fortunately, if you’re experiencing treatment-resistant depression, ECT is only the most popular option, not the only one. Something as simple as a new therapist or medication could make a big difference, and if those don’t work, there are several other ways to compel your brain to stop making you feel depressed.

ECT and treatments like it are therapies of last resort. If you’ve tried only one medication or therapist, it’s not time to give up just yet. Instead, try modifying your treatment plan or treatment team. If you’re doing interpersonal therapy, for example, you might try switching to a therapist who specializes in cognitive behavioral therapy. If your medication isn’t working or the side effects are too much to tolerate, it’s time to switch to something else. Educate yourself before you choose a treatment team, and ensure that the methods your treatment team is using have been proven effective.

A vagus nerve stimulator is a lot like a pacemaker for your brain. The device has to be surgically implanted, and uses tiny electrical shocks to stimulate your vagus nerve. This treatment has been used for years in people with epilepsy, and some doctors are now using it in people with depression. Studies are inconclusive about its effectiveness, but if you want to avoid ECT, VNS can be a less frightening option.

Transcranial magnetic stimulation uses an electrical coil to produce electrical activity in a targeted area of the brain. The effects are similar to ECT because TMS electrically stimulates the brain, but preliminary studies indicate that there might be fewer side effects with TMS. However, the Food and Drug Administration advised against the marketing of a TMS device in 2007, arguing that it had not been proven effective.

Experimental treatments are not currently available or are available only to those participating in treatment studies. However, in a few years, some of these treatments might be available to the general public: