Bird Nesting: Advantages and Disadvantages of this Custody Option 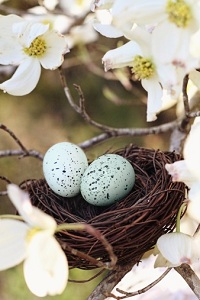 Parents often ask me to describe what options they have for their post-divorce living arrangements. In addition to the many ways it is possible for children go back and forth between two residences, there is also the possibility of having children stay in the home they are currently living in while the parents move in and out. This is sometimes described as “the children get the house,” “bird nesting,” or just “nesting.”

How It Works
The parents move in and out of the home according to the parenting plan they have established. This might include a situation where one parent spends the night with the children. The other parent comes to the house when the first parent goes to work and is at the home until the working parent comes home, often after dinner. The daytime parent then goes to their “other” residence. This arrangement could change depending on which parent is spending the night with the children.

Alternately, one parent can live in the home with the children for one week, then the other lives with them the following week. This is what as known as a week on/week off arrangement.

In a 2003 case in Ontario, Canada (Greenough v Greenough), the judge court-ordered parents to implement a bird nesting arrangement—which they had not requested—until the hearings on the case could continue.

“The court made a bird’s nest custody arrangement in which the children (aged 3 and 5 years) remained in the home, with the mother staying in the home during the week and the father on the weekend. I think that the benefits of a bird’s nest order are best achieved where the children are able to stay in the matrimonial home, particularly if it has been the only residence that they have known…

“Time and time again I have seen cases (and this is one) where the children are being treated as Frisbees. In general, parents do not seem to appreciate the gross disruption to which children are subjected where one of the parents has frequent access. In this regard, I do not believe there must be evidence that the children are suffering before the court is free to act. To me, it is a matter of common sense. At the risk of falling prey to simplistic generalities, I am of the view that, given a choice, I do not see why anyone would select a living arrangement which involved so much movement from house to house.”

Justice Quinn clearly saw the advantages to the children of living in the home they were most familiar with and of having little change in their day-to-day lives, and saw the role of the court as instrumental in advancing this option on behalf of the children.

These lists are not exhaustive. Clearly, bird nesting is not for everyone. The question remains whether it is for even doable for a small percentage of divorcing families. We do know that when parents live in close proximity to each other, when the children have easy access between homes, and are not subject to ongoing conflict, children of divorced families are quite resilient and do as well as children from families where there is no divorce. This might be a solution that is just shy of bird nesting: good neighbors.