6 Ways to Help Your Teen Make and Keep Great Friends 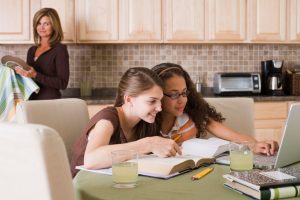 Friendship—that close connection with another person which allows us to feel valued and cared for—is vital at any stage of life. The need for love and belonging has long been established as one of our basic needs as human beings. And it has been well documented that having strong, healthy relationships improves our self-esteem and overall well-being. As valuable as these connections are, however, they do not always come easily or naturally, particularly for adolescents.

We’ve all known the charismatic, outgoing teenager who is friends with everyone and approaches social situations with ease and grace. We’ve also known the awkward, insecure teenager who struggles to connect with people and becomes more withdrawn with each friendship that crashes and burns. While some of it has to do with personality and development, it is just as important to remember that just like so many aspects of adolescent development, making friends is a skill that can be learned.

If it seems like it was easier for your child to make friends when they were young, you’re right. When kids are little, most of their friendships are cultivated and managed by adults. Parents set up “play dates,” organize the activities, and manage any conflict that pops up. Parents also plan birthdays and other parties, and manage the invitations, gifts, and RSVPs to make sure everyone is included.

The good news is making friends boils down to a series of skills that can be learned.

As kids become teens, these friendships start to shift and evolve. As is true with so many things about middle school, teens become more independent and start making choices for themselves, so it makes sense they also become more independent in managing their friendships. Some kids handle this transition effortlessly, while others struggle mightily with making and keeping friends. And those friendship struggles can lead to a lack of confidence and feeling disconnected and vulnerable at a crucial time in their development.

The good news is making friends boils down to a series of skills that can be learned. And as with any new skill, becoming proficient at friendship requires some self-awareness, some guidance, and practice. Here are some tips for helping your teen improve their friendship skills:

Friendships during the teen years can be so important and fulfilling. Having someone to lean on, share secrets with, and let loose with makes life better at any age. If your teen is struggling with friendships, remember that it is not a lost cause. Make sure your connection with them is strong, and guide them toward the skills they need to make the kinds of friends that will serve them well.