Bipolar affects nearly 5.7 million American adults each year. It can affect people from any walk of life.  An individual’s genetics can predispose them to bipolar, but the condition usually needs an environmental trigger to manifest. Although people with bipolar may face challenges, with treatment they can build healthy and successful lives.

HOW COMMON IS BIPOLAR?

Bipolar affects an estimated 2.6% of the adult population in the United States. Bipolar II is slightly more common than bipolar I. Because bipolar is often misdiagnosed, prevalence rates may be even higher than data currently suggest.

Bipolar can occur among all ages, ethnicities, races, and genders. However, these categories can affect how a person’s bipolar symptoms manifest or whether they get treatment.

Bipolar symptoms tend to emerge in late adolescence and early adulthood. The median age of onset is 25 years old. However, people have been known to develop bipolar well into their 60s.

It can be difficult to diagnose children with bipolar, because behaviors which are unusual for adults may be typical for children. Bursts of energy or moodiness are common at certain ages. For a child’s behavior to count as bipolar, it needs to exceed the norms of their environment and their developmental stage.

Mania in children generally manifests as irritability rather than euphoria. When children have depression, they are more likely complain of physical maladies such as headaches or fatigue.

Bipolar occurs at the same rate for men and women. However, the condition can manifest differently across genders. Women with bipolar are more likely to have:

Research on bipolar and premenstrual symptoms is sparse. Most studies suggest a person’s menstrual cycle rarely impacts their bipolar symptoms. Neither depressive nor manic symptoms are likely to increase during the week before one’s period. In studies where bipolar individuals did have premenstrual symptoms, psychotropic medication was often helpful in stabilizing their moods.

Bipolar can stem from many causes. It often has a strong genetic component, but environmental factors can contribute as well. Bipolar is NOT caused by a lack of willpower or a “bad” personality.

Most available research states bipolar is not caused by one single gene. Instead, multiple genes predispose a person to have bipolar, and environmental conditions can prompt the onset of symptoms. This is why one twin may have bipolar but their sibling may not.

Environmental triggers often involve a significant trauma or loss. Grieving a loved one, developing a serious illness, or having financial hardship can all be triggers. The more a person’s genetics predispose them to bipolar, the fewer stressors they need to develop the condition.

Some researchers believe hormonal issues can also contribute to bipolar symptoms. For example, the thyroid hormone has a large impact on energy levels. Low thyroid levels can cause depression and fatigue, while higher levels have been linked to elevated mood. Thyroid issues occur in half of people with rapid-cycling bipolar. As such, many people believe thyroid malfunction can enable certain types of bipolar.

Bipolar and creativity have long been linked together in the public conscious. Many historic artists, such as Ernest Hemingway or Vincent van Gogh, reportedly had bipolar. Some modern artists say the heightened energy and emotions of mania are necessary for their work. Yet while it can be easy to assume bipolar symptoms lead to creative genius, the truth is slightly more complicated. 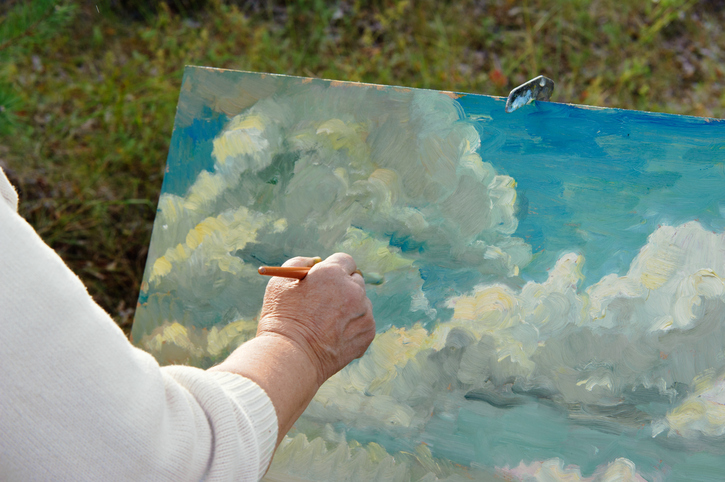 Research estimates 8% of people with bipolar have heightened creativity. Individuals with milder forms of bipolar tend to be have greater artistic accomplishments. After a certain threshold, the impairment from one’s symptoms may overtake one’s creative abilities.

Because creativity appears in both bipolar and non-bipolar family members, researchers believe creativity may have a genetic component. The same genes which put one at risk for bipolar may provide traits that are useful for creativity. For example, a person may inherit the ability to connect seemingly unrelated topics, called divergent thinking.

A mood episode by itself is unlikely to increase a person’s artistic ability. Instead, bipolar-related genes are often what increase creativity. In other words, treating a person’s bipolar will not reduce their artistic potential.

Between mood episodes, many people with bipolar can perform daily responsibilities without trouble. Yet during a depressive or manic period, an individual’s thinking may be impaired. According to the World Health Organization, bipolar is the sixth leading cause of disability worldwide.

Depending on the severity and frequency of the episodes, an individual may have trouble holding down a 9 to 5 job. Around 30% of people with bipolar type I have difficulties at work. Some researchers suggest people with bipolar are overrepresented in creative careers because artistic work can provide the flexibility to schedule around mood episodes.

However, people with bipolar can live happy and productive lives. Treatment success rates are generally high, and with proper self-care, an individual can keep their symptoms in check. The right therapist can act as a guide on the journey to recovery, helping people with bipolar regain control of their lives.