The Role of Self-Acceptance in Recovering From Eating Disorders 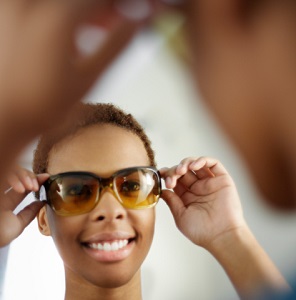 People who struggle with eating and food issues often also struggle with poor self-esteem. I say “poor” rather than “low” because I believe the concept of high and low self-esteem to be problematic. If low self-esteem means perceiving one’s self to be inferior to others, it follows that high self-esteem means perceiving one’s self to be superior to others. Healthy self-esteem is neither high nor low. It is defined by the lack of concern about one’s worth, coupled with a sense of competence and a belief in one’s innate value. When a person is comfortable in their own skin, without worrying about whether they are good enough, being neither better nor worse than anyone else, that’s good, solid, healthy self-esteem.

Years ago, I worked for a foster care agency, where I taught classes to prospective foster parents. Our agency used an excellent curriculum called Model Approaches to Partnerships in Parenting (MAPP). MAPP was designed to help prospective foster parents understand the experience of children coming to live in their home. One of the MAPP modules was on self-esteem. It explained that, in order for a child to develop a sense of healthy self-esteem, they have to be taught, by virtue of the way they are treated by parents and caregivers, that they are four things: loveable, capable, responsible, and worthwhile. It’s not just about what children are told, it’s also about how they are treated, and what kinds of responsibilities they are given, and when.

Getting three out of these four isn’t enough. It’s like a dining room table: all four legs are needed for it to work as designed. When parents aren’t able, whether because of their own experiences, or by circumstances that interfere with their ability to parent well, to convey to their kids that they are these four things, children look outside themselves for indicators that they are good enough. They compare themselves to others using the criteria available: the grades they make, athletic abilities, physical appearance, popularity.

When eating problems develop, comparing one’s self to others intensifies. The act of comparing functions as an attempt to decrease feelings of insecurity and anxiety. The person who struggles with eating and food issues usually compares his/her body size and shape to others. A smaller body means relief and reassurance; and a bigger body means anxiety and shame. A person with an eating disorder judges him/herself harshly, to keep him or herself in line with food and exercise. This judgment erodes self-esteem even further, and perpetuates an unhealthy relationship with food and body.

The antidote is self-acceptance. This is bedrock. It means zero self-judgment, no self-criticism, no comparing to others, no using external criteria as indicators of worth or value. It means affirming that, “No matter what I do, think, feel, say, or look like, I deeply and completely accept myself.” It’s not about whether one is acceptable in the eyes of others. The active practice of accepting one’s self is healing.

Acceptance doesn’t mean liking or approving of something. It means not fighting reality. Not fighting the body one is living in today, or flagellating one’s self for eating or exercise behaviors, but simply acknowledging, without any judgment, what is. It is axiomatic that nothing can change unless and until it is first accepted.

The idea of self-acceptance often raises concerns: “If I accept myself as I am, it’s condoning unhealthy behaviors.” “If I accept myself, I’ll never be motivated to change.” “I can’t accept my [body/behavior] because I find it repulsive. I have to improve it before I can accept it.” I’ve often said that I’ve never seen anyone whip or beat themselves into making positive changes. Practicing non-judgment of one’s self creates a safe space, an arena in which there is no pressure to better one’s self, but, instead, have an opportunity to heal.