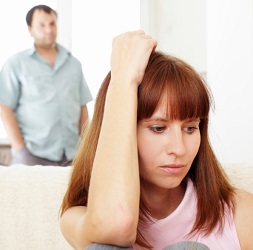 When sex addiction surfaces in a relationship, the focus tends to revolve around addressing the symptoms and causes of the addiction and the steps toward healing for the person with the addiction. In the process, the well-being of that person’s partner or spouse may be overlooked. The partner is likely to feel betrayal upon discovering the addictive behaviors of his or her partner. Although there may be times when a spouse suspects or feels something is amiss, many times, spouses are caught totally off-guard, they may feel alone, and it can be hard to consider how to take the next step. It is important for partners and spouses of those with sex addiction to take care of themselves and try to avoid the downward spiral that can threaten them.

It is not uncommon for the betrayed partner to feel pity for his or her partner and focus attention on him or her. When people feel betrayed, it’s important that they take time to care for themselves first so as to build a plan to create structure, reduce anxiety, and get some much needed encouragement and support. A good counselor can be instrumental in providing that support because the counselor functions as an advocate, providing validation, compassion, and clear direction. Some may benefit from joining a support group of other spouses that are going through the same thing. Dependable friends and family can also provide support, especially on those very tough days. Incorporating a healthy lifestyle by getting plenty of rest, eating properly, finding some time for exercise, and scheduling times for fun will give the partner’s body, mind, and spirit the energy it needs to cope with daily stress.

The person feeling betrayed may experience a sense of shame that results in the temptation to shut down, or to numb the pain by suppressing the painful feelings. The feelings are there and they are very strong, and it will cause more harm, eventually, than good by stuffing them or hiding them. That is why finding a counselor, having supportive friends, and being a part of a group are extremely important in providing a safe outlet for the partner’s full expression. Whether it’s anger, fear, abandonment, or any number of emotions, sharing those feelings in a safe and healthy way helps work through the grieving process and generate some hope. The hope may not be focused necessarily on the relationship, but on the person’s recognition that he or she can face these feelings of betrayal and survive, even thrive. The feelings are very real, and when handled appropriately, openly, and with care, some of the intense weight may be lifted.

The critical time to establish boundaries with a partner who has sex addiction is when the other partner is most hurt and vulnerable. This will help establish a place of safety for the person who feels hurt. Boundaries may include removing Internet access, changing what comes through the TV, establishing a bank account to insure bills are covered, and removing any offensive material from the home. If consequences are tied to the boundaries, it’s important that they are followed through with or they will not be taken seriously. This can be vital in creating some order to what feels like chaos.

There is no magical formula for healing a person’s experience of betrayal by a partner experiencing sex addiction, and every day is a new battle that can feel out of control if specific steps are not taken to handle the overwhelming feelings. The good news is that if these steps are followed, one can find that they are developing strength they never knew they had. The combination of empathy, compassion, and some tough love are necessary to guide a person down a path of healing and then to hope.