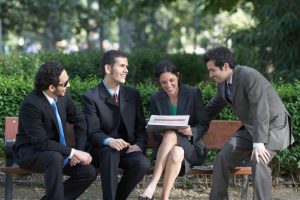 The American Psychological Association (APA), which operates with the mission of advancing psychological knowledge in society in order to improve the lives of all individuals, is the largest association of psychologists in the world. It consists of over 120,000 psychology students and professionals and strives to advance psychology as a science and profession.

The Development of the American Psychological Association

The APA was founded in 1892 by a group of 31 men, who elected G. Stanley Hall as the first president of the organization. In 1905, the organization elected their first female president, Mary Whiton Calkins.

At the time the APA was founded, a number of new academic disciplines and degrees were emerging in the United States, making it important for professional organizations to exist in order to validate people as experts within a field.

The APA grew substantially around the time of World War II, largely in response to the large number of returning service members who needed psychological services as well as new government programs. The APA widened its scope at that time, expanding the field of psychology not only in professional practice but also in the promotion of human welfare and the scientific study of psychology.

The APA has continued to grow since World War II to its current size of 122, 500, a figure that includes researchers, clinicians, students, and other associates. Within the organization are 54 different divisions representing different specialties within the field of psychology. The American Psychological Association is distinct from the American Psychiatric Association, which is made up of psychiatrists, although both organizations use APA as their abbreviation.

What Does the APA Do?

The APA works to benefit society and improve people’s lives through advances in psychology. In order to fulfill these goals, the organization promotes research and the improvement of research methods, establishes standards for the ethical practice of psychology, and increases the dissemination of knowledge through meetings, publications, and other public discussions.

One important function the APA performs is the setting of standards for the ethical provision of psychological services. The APA’s current ethics code, published in 1992, dictates how psychologists are expected to behave in all aspects of their work, whether they work in research, clinical practice, supervision, or assessment. While all members of the APA are required to adhere to the ethics code, all psychologists are expected to consider the ethics code when performing work-related tasks, regardless of their membership in the APA.

The American Psychological Association also created a set of style guidelines for writing manuscripts, papers, and research articles with the purpose of increasing reading comprehension and creating a uniform writing style within the field of psychology. The style manual dictates the proper way to cite references and the correct use of punctuation and abbreviations, according to APA style, and also offers guidance in other basic elements of manuscript construction.

The APA faced criticism after reports surfaced that the organization had collaborated with the George W. Bush administration to provide ethical justification for the use of torture in the interrogation of suspected terrorists.  Differing opinions on the interrogation program led to some dissent within the organization, and ultimately an independent investigation was conducted. The investigation found that some psychologists had in fact facilitated the torture of some prisoners. In response, the APA expressed its firm commitment to the ethical treatment of all people. The organization now prohibits its members from participating in interrogations by military or intelligence services.

The APA has taken a stand on certain social issues, including LGBTQ+ issues and awareness. In 1997, the organization passed a resolution stating that homosexuality was not a mental health condition and that psychologists should not knowingly participate in any related discriminatory practices with LGBTQ+ clients.

This resolution also expressed the APA’s belief that reparative/conversion therapy (therapy attempting to change a person’s sexual orientation or gender identity) is unethical and likely to be harmful.