An Introduction to the Gottman Method of Relationship Therapy 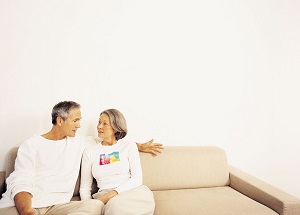 John Gottman, a Professor Emeritus of Psychology at the University of Washington, entered the field of psychological research with a background in advanced mathematics and statistical analysis. In the course of his 40+ year career he has developed mathematical models, scales, and formulas to identify the elements of stability in relationships and the interactive patterns that cause couples to divorce.  Gottman was drawn to this research topic due to his own puzzlement at how people develop happy relationships.

Gottman’s studies pointed to relationship difficulties caused by the “Four Horsemen,” named after the famous Albrecht Durer engraving Four Horsemen of the Apocalypse.

These factors predictive of divorce include:

Couples who function effectively treat each other with consideration, and are supportive of each other. The goals of the Gottman Method include increasing closeness and friendship behaviors, addressing conflict productively, and building a life of shared meaning together. The Gottman Method involves customizing principles from the research to each couple’s particular patterns and challenges.

The Seven Principles include the following concepts:

Build Love Maps: This refers to an ongoing awareness of our partners’ worlds as they move through time: how they think and feel, what day-to-day life is like for them, and their values, hopes, aspirations, and stresses.

Express Fondness and Admiration: Couples who function well are able to appreciate and enjoy most aspects of each partner’s behavior and learn to live with differences.

Turn toward One Another: Conversational patterns of interest and respect, even about mundane topics are crucial to happiness. Couples who turn toward successfully maintain a 20:1 ratio of expressing interest or acknowledgement vs. ignoring conversational gambits. This is referred to as the “Emotional Bank Account.” Couples who are highly successful keep a 5:1 ratio in conflict discussions, even Turning Towards while arguing.

Accept Influence: Members of a couple who take the other partner’s preferences into account and are willing to compromise and adapt are happiest. Being able to yield and maintain mutual influence, while avoiding power struggles, helps couples keep a balance of power that feels reasonable and builds trust.

Solve Problems That Are Solvable: Couples who can find compromise on issues are using five tactics. They soften start up so the beginning of the conversation leads to a satisfactory end. They offer and respond to repair attempts, or behaviors that maintain the emotional connection and emphasize “we/us” over individual needs. They effectively soothe themselves and their partner. They use compromise and negotiation skills. They are tolerant of one another’s vulnerabilities and ineffective conversational habits, keeping the focus on shared concern for the well-being of the relationship.

Manage Conflict and Overcome Gridlock: The Gottman Method helps couples manage, not resolve, conflict. Conflict is viewed as inherent in relationship and doesn’t go away. Happy couples report the majority of their conflicts, 69% are perpetual in nature, meaning they are present throughout the course of time and are dealt with only as needed. These recurrent themes become part of the couple’s shared landscape and are kept in perspective, not dwelt upon.

Create Shared Meaning: Connection in relationship occurs as each person experiences the multitude of ways in which their partner enriches their life with a shared history and helps them find meaning and make sense of struggles.

Gottman is profiled in Malcolm Gladwell’s bestseller Blink for his ability to predict a couple’s likelihood of divorce with 94% accuracy after just a few minutes of observation. Psychotherapy Networker, a professional journal, recognized Gottman as one of the ten most influential therapists of the past 25 years.