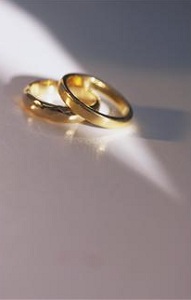 George W. Bush created the Healthy Marriage Initiative based on research showing that healthy, strong marriages make a positive contribution to communities. The program, funded by the federal government, was designed to help unwed parents living in socioeconomically deprived neighborhoods reap the benefits of marriage. Most of the targeted families were minorities and faced challenges with keeping and maintaining employment, adequate housing, and earning enough income to supply the basic needs of their families. They also dealt with crime and safety issues. The government believed that this vulnerable group was the most in need of programs designed to help couples develop healthy marriages. The program was implemented during Bush’s administration and fully supported by Obama when he became President.

It is only recently, however, that the results of this program are coming to light and being fully analyzed. And, as outlined in a recent article, they are not encouraging. According to data gathered by Matthew D. Johnson, an associate professor of psychology at Binghamton University, the programs were based on scant research from higher income, nonminority couples. Johnson reviewed assessments from thousands of couples who participated in the program and discovered that the framework, which was based on individuals from different socioeconomic environments with fewer challenges, did not provide a relevant foundation from which minority couples could build a strong marriage. The couples that need the Healthy Marriage Initiative most do not consider marriage more important than finding employment, meeting basic needs, and ensuring the safety of their families. “When faced with a myriad of social issues, building intimate relationships is just not high on their priority lists,” says Johnson.

The Healthy Marriage Initiative costs slightly more than $9,000 per couple to implement and has become more of a burden, both economically and socially, to the very communities that it was designed to help. Johnson believes that the intention behind the program was the right one but that the whole initiative needs to be restructured in order to achieve positive results. Specifically, Johnson believes that the program should be fully examined and reformatted based on accurate research, and if it still cannot meet target goals, it should be eliminated altogether.