Do Ideology and Stigma Impact How We See Sex Addiction? 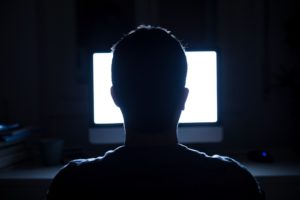 According to a 2008 study, between 3-6% of Americans engage in compulsive sexual behavior (CSB), better known as sex addiction. Other studies cite similar statistics, and some addiction facilities cite even higher figures. Many people feel plagued by unwanted sexual feelings or by a desire to engage in sex or view pornography that feels compulsive.

Yet the American Association of Sexuality Educators, Counselors, and Therapists (AASECT) asserts there is insufficient empirical support for the existence of sex addiction. In 2017, the Center for Positive Sexuality (CPS), The Alternative Sexualities Health Research Alliance (TASHRA), and the National Coalition for Sexual Freedom (NCSF) echoed this sentiment in a statement published in The Journal of Positive Sexuality. The Diagnostic and Statistical Manual of Mental Disorders, 5 th Edition (DSM-5) does not list sex addiction as a diagnosis.

So what explains the discrepancy? Mental health advocates disagree on this, too. Sex addiction remains a controversial concept. One thing is certain, however: sexual behavior can cause difficulties in a person’s life even when their behavior does not rise to the level of an addiction.

Even if sex is not addictive in the traditional sense, people may still struggle with sexual behavior.

Research on sex addiction is mixed. Some studies claim to have uncovered a fairly high rate of addictive sexual behavior. These researchers say sex addiction functions like other addictions, triggering a release of dopamine that causes a person to continually chase a sexual “high.” Like other behavioral addictions—shopping, gambling, video gaming—these studies say sex addiction can act like a drug and cause a person to make damaging and unsafe decisions.

Most bodies that research human sexuality, including AASECT, argue that the concept of sexual addiction is rooted in ideology, not science. They cite research finding no specific level of sexual activity that is inherently addictive or harmful.

A 2013 study looked at the brains of 52 people who said they struggled with sex addiction. Researchers used brain imaging to look at participants’ brains while they viewed sexually suggestive images. Contrary to what theories of sex addiction would predict, their brains did not behave in a way consistent with addiction. People addicted to drugs and alcohol show distinct brain patterns when viewing addictive substances. “Sex addicts” did not display these patterns.

Even if sex is not addictive in the traditional sense, people may still struggle with sexual behavior. There are many reasons to seek treatment for sexual issues. For example, a person might find that their sexual behavior is inconsistent with their values or that childhood guilt and shame undermine their ability to seek sexual fulfillment. Others may want to pursue non-normative relationships, such as open or polyamorous relationships, and wonder if doing so signals a problem.

It is important for people to be able to label their own behavior in a way that feels comfortable. If the sex addiction model fits, there’s no harm in identifying with it. For others, the notion of sex addiction—or the ideology that sometimes accompanies it—may feel stigmatizing.

Sex is an inherently social activity that is heavily colored by social norms. In some cultures, polygamous relationships are common, while in others, having sex with multiple partners during the same time frame is stigmatized. Religious, cultural, and other ideologies are inextricably linked to people’s feelings about sex, sexuality, and sex addiction.

Many religious traditions have strongly advocated for the existence of sex addiction. In many cases, these religions also argue that pornography use, especially frequent pornography use, can cause addiction. Conversely, advocates who argue for greater sexual freedom and acceptance are less likely to accept the notion that sex can be addictive or that certain sexual practices are more likely to lead to addiction.

When evaluating addiction treatment programs or looking at your own behavior, it’s important to weigh the role ideology plays. A religious sex addiction program may draw more on its spiritual tradition than on empirical research. Likewise, a person’s internalized cultural values may cause them to feel guilty or ashamed of their sexual behavior even when there is nothing inherently wrong with it.

Instead, consider looking at how sex affects your life. People who find that sex damages relationships or self-esteem may benefit from therapy.

Some warning signs that sex may be a problem warranting treatment include:

A therapist can help with problematic sexual behavior in many ways. Those include:

Some mental health diagnoses can affect sexual behavior. For example, people with bipolar may become hypersexual during a manic episode. Therapy can also help with these symptoms.

Finding a therapist who shares your values about sexuality is important. To begin your search, click here.