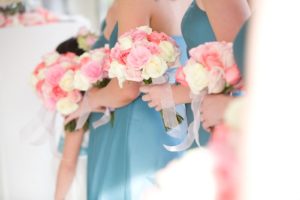 Polygamy is the practice of marrying multiple spouses—either in religious, cultural, or legal ceremonies.

Polygamy can be broken down into two sub-types:

Rarely, group marriage can occur. In a group marriage, several members of a group are married to one another and might engage in sexual relationships, take responsibility for children, and conduct similar family-oriented activities. For example, four people might all marry one another, and various members of the group might have sexual or romantic relationships with one another.

Worldwide, polyandry is much less common than polygyny. Anthropologists and sociologists have posited a number of explanations for this, including the fact that polygyny is correlated with women’s equality, the fact that women are often viewed as men’s subordinates, and the fact that women often have fewer resources than men and therefore cannot support multiple mates.

Societies that do practice polyandry do so for different reasons, but the practice is most common in tribal groups. Societies that practice polyandry might do so to ensure that all potential fathers have a relationship with their children, to ensure proper distribution of resources, to allow many men to benefit from the wealth of one family, or to compensate for a lack of marriageable women. In most polyandrous societies, polyandry is not mandatory and is only practiced by a few women; there may be polygynous men in the same group. Polyandry also helps to slow the birth rate of a group, so is common in areas with few resources. The most common form of polyandry occurs when a woman marries multiple men in the same family–often a group of brothers.

Many religions that allow polygyny or that have polygyny in their history prohibit polyandry. These religions include Judaism, Islam, and most Christian denominations.

Polygamy has been common for much of human history. Many civilizations have practiced it at one time or another, and polygamy is referenced frequently in the Bible, Qur’an, and Torah. Social customs and economic pressures may contribute to the decision to pursue polygamy. In a society where women are dependent upon men, for example, a man might marry more than one wife. Historically, polygyny has been more common than polyandry, and is correlated with patriarchy. Polygamy is less common in contemporary times, but is still practiced by some societies.

Polygamy in the United States

Because polygamy is banned in the United States, people who are polygamous do not typically enter into legal marriages with more than one spouse. Instead, they often legally marry one spouse and then have “spiritual marriages” with subsequent spouses. Some large polygamous compounds have been implicated in cases of underage marriage and sexual coercion, but not all polygamous relationships are abusive, and some political parties—notably some libertarians—advocate for the legalization of polygamy.

In recent years there have been several portrayals of polygamous families on television in the United States, such as: