Do I Really Have a Drinking Problem? 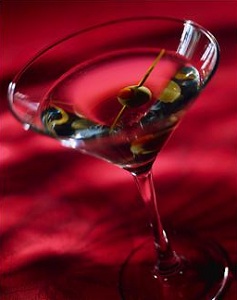 It’s often hard to tell whether your drinking or drug use is just casual drinking and recreational drug use or whether it has turned into an addiction sending you on one of those runaway trains that old country singers sing about. What starts off as weekend outings with friends turns into Thursday night happy hour, then Monday through Wednesday night happy hour, then every other night, then every night, then having a drink with lunch, drinking alone, and on and on until one day you wake up at 8 AM, hung over, reaching for a bottle of whiskey, and it hits you: your life no longer belongs to you—it belongs to Jameson.

Many people can rationalize their drinking or drug use as being a bad habit that they could break if they really wanted to; they tell themselves, “I can stop anytime I want to; I just don’t want to right now.” You always feel in control until you actually try to take control. So how can I tell whether my drinking is just a bad habit or if it has become a real addiction?

What is the difference between a habit and an addiction?

We all have habits. Waking up early, daily exercise, nail biting, brushing our teeth first thing in the morning—habits enable us to establish comfortable routines, make us feel safe, aid in organizing our lives, and can increase the quality of our lives. They are automatic responses to doing the same thing and repeating the same behaviors the same way for so long. Have you ever noticed how much you prefer to sleep on one side of the bed or sit at the same seat at the dinner table? Habits are not damaging or destructive in nature. Habits can be hard to break, but they can usually be broken without the help or aid of a professional. If you want to break a bad habit like biting your nails, it’s a matter of catching yourself in the act and choosing not to engage in that activity. It can be as simple as making yourself aware. However, even simple habits like nail biting can persist for a lifetime. Usually there is not an extreme level of anxiety associated with breaking a habit or the need for psychological intervention. Many habits are positive (exercise, showering, etc.), but addictions are rarely, if ever, positive.

Addiction is broadly defined as “the continued use of a mood altering substance (or behavior) despite negative consequences.” The American Society of Addiction Medicine (ASAM) defines addiction as “a primary, chronic disease of brain reward, motivation, memory, and related circuitry.” Addiction can be viewed as a compulsion with the expectation of a reward. Prolonged exposure to alcohol and drugs has been shown to alter the chemistry of the brain, leading to the classification of addiction as a chronic brain disease. People with addictions do not get over them very easily. They cannot just put down their drink and walk away as one would do if one were trying to break a bad habit. If the habit of nail biting can last a lifetime, then an addictive dependency on alcohol with accompanying changes in the brain can certainly be a behavior that is hard to stop on one’s own. Many drain their bank accounts, lose their job, lose friends and family, and sacrifice their health and well-being before ever reaching out for help. Ridding oneself of an addiction (depending on the severity of the dependence) usually requires a significant investment of time and attention in combination with many significant life changes (new sober support network, new living arrangements, new job, new coping and life skills, etc.) in order to reach a life of sobriety.

In short, with a habit, you do something because that’s what you’re used to doing and that’s how you do it. I brush my teeth before washing my face because that’s what I’ve done for years. Give me some time, and with some attention, I’m sure I can switch the two around.

In an addiction, you drink or use drugs because you expect drugs or alcohol to make you feel good, you absolutely must do it, and you cannot stop yourself no matter how hard you try. After repeated attempts to quit your drinking or to cut down, you have failed in doing so. You begin to feel as though you cannot do it on your own and must reach out for assistance, even if you do not want to. This is not just a habit. It has become more.

How do I know if I have a drinking problem?

The single most important thing to remember is that social drinkers do not sit around questioning whether or not they have a drinking problem. If you are asking yourself this question, this is a good indicator that your drinking has become problematic. Other questions to ask yourself are:
•    Am I spending a lot of time thinking about drinking?
•    Am I spending a lot of time planning out my drinking?
•    Are people complaining to me about my drinking and telling me they think I have a problem?
•    Have I tried repeatedly to cut back on my drinking unsuccessfully?
•    Is my drinking affecting my relationships (family, work, school, legal problems, etc.)?

Another method is to take the C.A.G.E. Assessment for Alcohol Abuse.

If you have answered “yes” to one or more of the above questions, it is possible that your drinking has become problematic and you would benefit from meeting with an addiction psychologist or addiction professional. If you have successfully cut down on your drinking, though, and have consulted with a physician who has approved your level of alcohol intake, then there is a good chance that you can continue to moderate or manage your drinking in a controlled and successful way. However it can’t hurt to enlist the support of a professional. The question about an “eye opener” should be generalized to include, do you drink as a way of coping with any consequences of your previous drinking? This question gets at the cyclical nature of drinking and is very suggestive of an abusive or alcoholic pattern of drinking. For more information on alcoholism, please visit my website (www.jeremyfrankphd.com/drug-alcohol/alcoholism/).

There are also a number of online questionnaires (quizzes) that can help you examine and analyze your drinking patterns and determine whether or not your drinking is holding you back from leading a complete and fulfilling life and reaching your potential. A couple of resources are listed here:

If you are a problem drinker, the good news is that you are in no way in a hopeless predicament. There are many resources available that can help you find and celebrate a new, sober lifestyle. People get sober everyday—they really do. It’s hard, it’s new, it’s scary at first, but everyone who has been there will tell you without a doubt that it’s worth it. It’s a lot easier to maintain sobriety than it is to maintain addiction. It might be cheaper too!