Decision-Making in Relationships: Knowing When to Give In or Dig In 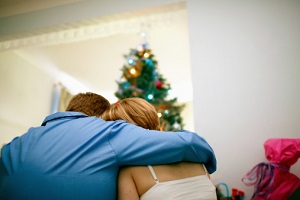 Jonathan and Michelle came into my consulting office looking for someone to help them make a decision about Thanksgiving with Jonathan’s parents. Jonathan said Thanksgiving was his mother’s favorite holiday. After dinner, she would drive the men out of her kitchen, and they would then watch the game while she cleaned up. When Jonathan and Michelle were married two years ago, Michelle was brought into the family fold and treated by his parents as one of the children. She loved Jonathan’s parents but was taken back when his mother expected her to participate in the preparation and clean up while the boys watched football. Though Michelle wanted to relax and watch the game, too, she decided to go along with Jonathan’s family tradition the first two years. This resulted in her feeling resentful toward both him and his family.

In our sessions, I encouraged them to consider three components of decision-making in relationships. Being mindful of these elements can help you know when to give in and when to persevere.

The three aspects of a relationship that good decision-makers keep in mind are:

Good decision-makers weigh these three values when they have difficulty deciding whether to give in or dig in. If the relationship is the most important element, for example, you might consider compromising or giving in. On the other hand, if the issue at hand is the most important, then stick with your side of the argument and present the importance of the issue. You may decide to compromise if the other person presents reasonable data. The third aspect, integrity, involves deciding how much of your honor is at stake. If going along with the other person means you have crossed your own line for honesty and you feel your personal reputation is at stake, you are less likely to compromise or give in.

What should Michelle do? Her marriage is important, as is her relationship with her mother-in-law. However, she also wants to relax and enjoy Thanksgiving. She has no investment in winning this argument and does not see this situation as having anything to do with her honor. It came down to relationships versus rest for her. Michelle decided to press for compromise—both from her husband and her mother-in-law. She said she would like him to help the two women for part of the cooking or clean-up so she could finish up in time for the game.

When Michelle focused on the things that were most important to her, her attitude opened, enabling her to compromise and to assert and validate her needs.

Jonathan said he didn’t care so much about the issue and did not feel his integrity was on the line. He did care about his relationships with Michelle and his mother. Just like Michelle, he could more clearly decide where to put his energy after examining the three aspects of decision-making in relationships: relationship, issue (content), and integrity.