Dealing with Depression: Why ‘Get Over It’ Doesn’t Work 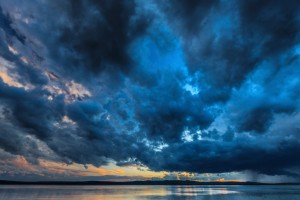 In the face of our depressed moods, friends, loved ones, and even our therapists may say things like, “Stop doing that to yourself!” or “Get over it!” We may even say to ourselves, “Why can’t I just get over it?” These forms of “psychotherapy” usually come from a loving place but often turn out to be ineffective. But why? Why is it that we can stop ourselves from doing certain things (touching a hot stove, for instance), but when it comes to the low energy, hopelessness, helplessness, and self-attacking thoughts of depression, we can’t “just get over it”?

When ‘Get Over It’ Does Work

Believe it or not, as a therapist I spend a fair chunk of my day using a form of “Stop It!” therapy, often with success. When a person is (1) in conscious control of a behavior, (2) no longer wants to do it, and (3) wants my help to stop, challenge (Abbass, 2015) or response-prevention interventions can be quite effective.

“Get over it!” is a form of challenge or response prevention—it says, “Stop doing the thing that hurts you!” When you look at it that way, you can see the loving core of the comment. When someone asks me for help with a pattern they know is self-defeating, such as stubbornness or detachment, but they intentionally continue to do it, challenging them with a “don’t” intervention is one of the most compassionate, helpful things I can do.

When ‘Get Over It’ Doesn’t Work

When someone has conscious control over a behavior, “get over it”-type interventions can help, but my clinical work looks much different when the self-defeating pattern is unintended or unconscious, habitual, or automatic. Decades of clinical research in intensive short-term dynamic psychotherapy (e.g., Abbass, 2015) have shown that a portion of those experiencing depression have symptoms driven by an unconscious emotional process—a process that, at least at the start of therapy, occurs automatically and is entirely beyond their control.

In ISTDP, we call this process “repression” or “instant repression”—the process by which mixed emotions toward another person are instantaneously and unintentionally shunted back against the self, either in the form of depression or somatic symptoms (this is a slightly different definition of repression than in psychoanalysis).

Often, people who experience repression-driven problems never recognize they were mad at someone else; instead, they are instantly overcome by a process of self-blame and self-torture that leaves them feeling fatigued and hopeless. At no point did they decide to do this. Before therapy, this is just how their brains are wired; they automatically say, “When I feel anger toward someone I love, I protect them by pointing it back at myself.” Considering the people we love most are the most likely to irritate us, this is a potentially dangerous state of affairs.

Saying ‘Get Over It’ to Someone with Repression

So what happens when we say “get over it” to someone with depression that is driven by unconscious repression? Here, the “get over it” confronts the depressed mind with an impossible task: (1) gain conscious control of an unconscious process that is currently operating out of your awareness, or (2) do a thing you simply can’t do (yet).

When people, especially people we love, challenge us to do something that is impossible, it triggers anger, and in the depressed mind where instant repression is still active, that anger will deflect right back onto the self. Instead of lovingly reducing the person’s symptom burden, then, the “get over it” would actually make symptoms worse by activating anger that will be sucked back in via repression.

When people, especially people we love, challenge us to do something that is impossible, it triggers anger, and in the depressed mind where instant repression is still active, that anger will deflect right back onto the self.

‘Get Over It’ and Psychotherapies for Depression

My concern, however, is that for folks who have depression caused by unconscious repression processes, questioning their thoughts implies, “Don’t think that,” and encouraging different behaviors implies, “Don’t be like that.” These both sound a lot like saying “get over it” to someone who is not in conscious, intentional control of the symptom; asking them to do something different when they literally cannot. This could trigger anger toward the therapist that will get shunted into repression and lead to worsened therapy outcomes. No one wants that.

How ISTDP Can Be Useful

ISTDP is an ideal therapy for building the capacity to become consciously aware and tolerant of the mixed emotions that usually get deflected back on the self in repression-driven depression and somatization. When working with people with depression in ISTDP, the therapist is in a largely supportive mode, helping people self-reflect on and feel the feelings that were previously getting automatically and unintentionally converted into depression or somatic symptoms. This builds affect tolerance—the ability to feel feelings while still being able to think clearly and channel them in a satisfying way.

This process helps people with repression because, rather than telling them what not to do or what they should do, it gives them another option—it helps them become more comfortable with their emotional reactions so they can then decide how to channel their emotions. In ISTDP, what people wind up “getting over” is the destructive way their mind would unconsciously bury mixed emotions. Once they can think clearly while being in touch with their emotions, rather than being unconsciously overwhelmed by those emotions, they can then make wise, authentic decisions about what to do.