Adoption Trauma and the Healing Role of EMDR Therapy 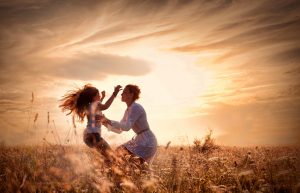 The adoption of a child is an event, fixed in time, with a beginning and an end. However, the impact of adoption is far-reaching and ever-changing—a process that continues throughout the lifespan of the adopted person and those connected.

It’s been my professional experience that many individuals who were adopted share similar symptoms, beliefs, and reactions in the present that stem from the separation trauma of parting from their biological mother at birth. Multiple placements, foster care, or time in an orphanage can exacerbate this trauma.

An infant or child separated from their birth mother will almost certainly experience some level of trauma, as they will perceive this event to be a dangerous situation. The sensations, sights, and sounds with which they were familiar are gone, and the mother is no longer available to soothe the child or help the child self-regulate. Because the only part of the brain fully developed at birth is the brain stem—this controls the sympathetic nervous system, which generates the “fight, flight, or freeze” response—babies are unable to use parasympathetic abilities, such as self-soothing. When this happens before the age of 3, it is encoded as implicit memory—like any event that takes place before the development of language. As noted trauma expert Bessel van der Kolk explains in his book The Body Keeps the Score, “We have learned that trauma is not just an event that took place sometime in the past; it is also the imprint left by that experience on the mind, brain, and body.”

Eye movement desensitization and reprocessing (EMDR) is an integrative therapy originally developed by Francine Shapiro to alleviate distress associated with traumatic memories. When a traumatic event occurs or something happens that is perceived as traumatic, the associated memories may become stored in the brain and nervous system in a maladaptive way—frozen rather than processed. Current reactions are fueled by negative beliefs stemming from events that occurred in the past. People become stuck. In some cases, trauma that happened years ago continues to feel like it’s happening in the present.

EMDR therapy targets the unprocessed memory as well as the emotions, beliefs, and body sensations associated with it. Bilateral stimulation (generally eye movements, tapping, or tones) activates the brain’s information processing system, allowing the old memories to be digested or reprocessed and stored in an adaptive way—even if the person doesn’t have an autobiographical account of the memory. For many adoptees, the trauma happened before they developed the language to explain the events, so the memory is primarily somatic in nature and stored in the nervous system.

Many adoptees have issues related to attachment ruptures. An adopted child whose parent is a few minutes late to pick them up from school may dissolve into tears. The internalized belief or negative cognition that child develops may sound something like “It’s not safe to trust” or “People I love leave me.” An adult who was adopted may unknowingly recreate abandonment scenarios in relationships, unconsciously choosing partners who are not truly available and do leave, fulfilling the negative belief “I am not worth it” or “I am not lovable.”

Using bilateral stimulation, EMDR helps integrate the early memories, body sensations, emotions, and negative beliefs the person has. Over a series of sessions, symptoms are reduced, and beliefs associated with the memories or experience are shifted to a more positive and adaptive state.

In both examples, the reaction in the present is disproportionate to the situation. This is useful information that some feeling, experience, or memory from the past is being triggered. A much younger “self” is running the show. The fight, flight, or freeze response gets activated in these situations, and the prefrontal cortex, the part of the brain in charge of executive functioning and decision making, goes offline. The person may feel disregulated, scared, and confused.

So what does a typical EMDR session with an adopted person look like?

After gathering history and establishing rapport, the therapist and person in therapy work together to establish target memories and present triggers that are causing suffering and/or interfering with daily life. The “targets” are the starting points of the session and a point of reference to trace the memory back in time. Using bilateral stimulation, EMDR helps integrate the early memories, body sensations, emotions, and negative beliefs the person has. Over a series of sessions, symptoms are reduced, and beliefs associated with the memories or experience are shifted to a more positive and adaptive state.

Rather than the belief “I’m not lovable,” the person may be able to recognize and have a felt sense of worth despite what happened in the past. In my work with adopted individuals, I combine various EMDR protocols, guided imagery, mindfulness practices, and visualization to create calm states and nurturing figures in the present to help heal the wounds of the past.

EMDR is safe, effective, noninvasive, and powerful. It does not involve medication or hypnosis, and I’ve found it a wonderful adjunct to talk therapy in my work with people who were adopted. If you want or need support on your healing journey, find an EMDR therapist in your area.