A Look Inside the ADHD Brain 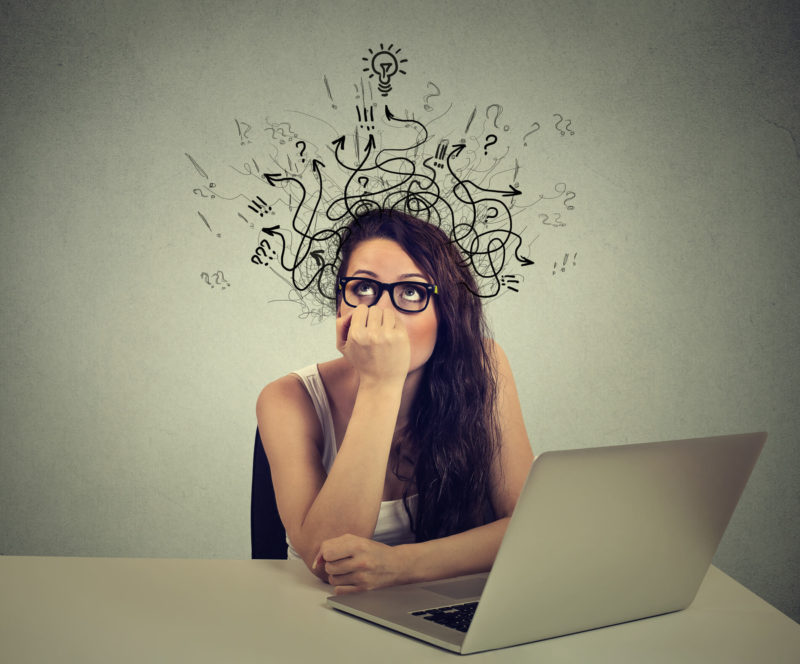 A Look Inside the ADHD Brain

If you could look inside the brain of someone diagnosed with untreated ADHD, what would you see? Would the brain look and function differently from a non-ADHD brain? If so, how? In this article, we will look at the neurocognitive functioning of the ADHD brain.

First, however, it might be important to ask what, exactly, is ADHD? Some mental health professionals still utilize the term “ADD.” What we used to believe was that someone had either an attention disorder or a hyperactivity/impulsivity disorder, or sometimes both; “ADD” was shorthand for ADHD without the hyperactivity. What we now realize is that ADHD is one disorder: sometimes the inattention is prominent; other times the hyperactivity or impulsivity seems to be. Often both sets of symptoms occur together.

Our Brains Can Heal!

Neurocognition refers to what happens in our brains and nervous systems that affects the way we think. You may imagine that if something is different or “wrong” in the brain, then the situation is hopeless. Indeed, in years past, neurologists would often shrug and say they could not do much if something were awry in our brains. But what we have discovered over the past 30 years, however, is the phenomenon of neuroplasticity, our brain’s amazing ability to repair, re-route, and restore functioning. Our brains find a way to heal! Often this takes time, but sometimes we begin to see glimpses of improved brain functioning within just a few weeks of beginning treatment. We have also learned ways of assisting that process, which we will explore in later issues.

This is good news for all of us, since many of us sustain some type of brain injury, including life’s traumas that come our way. And, once our brains begin to heal, the way we think and process information will improve. As a result, we can work to enhance how we take in information, how we encode and decode information, and how we store and retrieve data when we need it. We can also then enrich how we make decisions and exercise sound judgment. It is also amazing to see how individuals with ADHD often discover, on their own, workarounds and tools to help them achieve and succeed in life.

People with ADHD may be labeled as narcissistic, bipolar, histrionic, or some other disorder both by those frustrated with these behaviors and by professionals who are ill-informed. In either case, the person struggling with ADHD continues to feel unseen and misunderstood, which only deepens the sense of being an outcast.

What Causes These Particular Symptoms?

It is one thing to describe the symptoms of ADHD, but I think it is also helpful to understand what is taking place in the brain to produce those symptoms. It goes without saying that in this article I will not be able to explore everything in the ADHD brain, so I will focus on some of the most important highlights. According to the latest research,* the prefrontal cortex (PFC) in an ADHD brain is underactive. The PFC is the executive center of the brain, where we plan, organize, strategize, prioritize, exercise restraint, and make good decisions. What I want to do now is to look at three further differences in the ADHD brain.

Functional imaging shows that the untreated ADHD brain is smaller than the non-ADHD brain. This difference is greater in children than in adults, revealing that the ADHD brain matures at a slower pace than non-ADHD brains. Further, the amygdala (which processes fear and threats) and the hippocampus (responsible for a great deal of learning and memory), both parts of the limbic system, the emotional center of the brain, also tend to be smaller, suggesting that regulation of oneself may be difficult without some additional help. (This information comes from the largest worldwide review of ADHD patient brain scans, conducted by Radboud University Nijmegen Medical Centre, Netherlands, in 2018.) For example, many with ADHD seem to have no fear. They sometimes take unnecessary risks or engage in hazardous sports or activities, while others can be particularly fearful and may wrestle with one or more of the anxiety disorders.

Neurotransmitters: The Communication System of the Brain

Arguably the most important finding regarding ADHD is the abnormally low levels of neurotransmitters in the PFC. This impacts a person’s ability to bypass urges or exercise discipline or make difficult choices. As previously noted, the PFC as the executive center of the brain (which we will discuss further in the next article) is responsible for planning, deciding, prioritizing, organizing, and everything necessary to resist impulses. It enables us to escape the cycle of stimulus-response by adding the important intermediate step of thinking.

Neurotransmitters are what our nervous system uses to communicate between nerve cells. The two most important neurotransmitters of the PFC are dopamine and norepinephrine. Without adequate levels of dopamine, we feel bored and unmotivated. Life can seem dull. Dopamine is largely associated with a sense of feeling rewarded. If I am not getting enough dopamine naturally, I will go after it in other ways, hence the attraction toward that which is fun, novel, or stimulating.

Norepinephrine, on the other hand, is associated with alertness and arousal and can speed up my reaction time. Without adequate norepinephrine, attention and focus can be blunted. Taken together, these low levels of dopamine and norepinephrine (along with the other developmental challenges of the brain noted above) impair one’s ability to be still, to self-regulate, to concentrate, and to make sensible choices.

Let’s dive just a little deeper into dopamine. We have found that dopamine is released in two fashions, essentially: by tonic release and by phasic release. Tonic release refers to the normal supply which is steadily released for us in the brain, while phasic release describes the process of getting dopamine from the environment. In the ADHD brain, tonic release basically underperforms while phasic release overperforms. In other words, in the non-ADHD brain, where dopamine is released normally, there is a steady, ongoing source of dopamine available, especially to the PFC. The opposite is true for the ADHD-brain: the tonic or steady release of dopamine does not occur efficiently at all.

Phasic release, on the other hand, which occurs when some stimulus from the environment enters the situation, boosts the dopamine in the PFC. In other words, if I am not getting enough tonic release of dopamine on a regular basis, then I am especially sensitive to anything environmental — phasic — which will produce dopamine. This means that when the brain is dopamine-hungry, it will get dopamine anywhere it can. If that happens naturally (as in the non-ADHD brain), we find ourselves easily rewarded and content. If it happens by outside stimuli (as in the ADHD brain), we will seek arousal and reward anywhere we can.

How It All Works Together

In summary, if we look at these three aspects of the brain and brain functioning — 1) brain and brain-part size, 2) neurotransmitter activity, and 3) less-than-adequate tonic release of dopamine — we begin to understand why someone might be hyperactive/impulsive along with inattentive. With the relative sizes of the amygdala and hippocampus, first, we see how someone with ADHD may have an impaired fear-response. We can also understand that if the hippocampus is affected, then my ability to put information into memory and be able to retrieve it might be compromised.

Second, if my PFC is not receiving adequate amounts of dopamine and epinephrine, then I will feel unmotivated to persevere, and my ability to delay gratification will be compromised. My life will feel drab unless I spice it up a lot, which can get me into trouble of all kinds. Third, if the tonic release system of adrenaline is underfunctioning, then I will rely on my ability to use the environment to enhance the phasic release of adrenaline, which will leave me distracted and searching for dopamine-producing stimuli.

I hope this brief overview helps to explain why ADHD symptoms exist just from a look inside the brain alone. When we focus on enhancing a healthy release of dopamine and norepinephrine in the PFC, function is dramatically improved. What is more, we are discovering ways of improving the size and action of the amygdala and hippocampus using both pharmaceutical and non-pharmaceutic means.

________________
*See CHADD (Children and Adults with Attention-Deficit/Hyperactivity Disorder), founded in 1987, http://chadd.org. See also the research of Dr. Daniel Amen at www.amenclinics.com. In his Healing ADD: The Breakthrough Program That Allows You to See and Heal the 7 Types of ADD, Dr. Amen provides actual SPECT (Single Proton Emission Computed Tomography) images of the various types of ADHD from actual patients his clinic has treated.