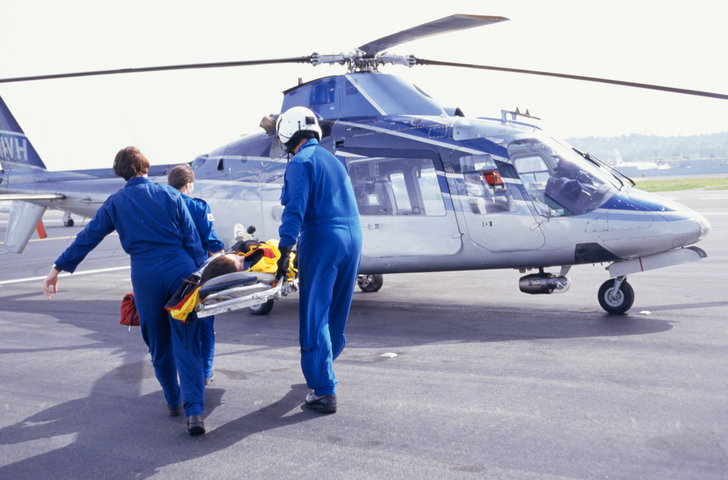 First responders are the individuals who respond to emergency situations in order to provide assistance: police officers, paramedics, firefighters, emergency dispatchers, and military health care workers. They frequently face potentially dangerous and even traumatic situations and thus may be susceptible to a wide range of medical and mental health issues.

The support of a mental health professional can help first responders address posttraumatic stress, anxiety, and depression, as well as any other challenges they may face.

The people who work in fields that bring them to the scene of crimes and disasters, man-made or otherwise, in order to provide immediate assistance to those affected by the event are known as first responders. They are often lauded as heroes for their willingness to put themselves into dangerous situations in order to help others. Because of the risks they face in the course of duty, they may experience a variety of issues, such as injury, anxiety, burnout, and depression.

It is not uncommon for people to experience some distress in response to a traumatic event, even when these events are faced routinely. Many people experience a mild degree of insomnia, fear, worry, or sadness that lasts a short period of time, is generally mild enough to not interfere greatly with general function, and usually subsides without any treatment.

For others, however, symptoms last longer and may be more serious. In some cases, first responders might experience symptoms of PTSD, such as intrusive memories about the event, flashbacks, nightmares, fear, physical tension or agitation, emotional numbness, and a desire to avoid talking or thinking about the traumatic event. Research shows that people who have experienced prior trauma are more likely to develop PTSD than those who have not; for that reason, first responders are at an increased risk for PTSD because they are likely to be exposed to trauma repeatedly as part of their work.

Some first responders may find it difficult to seek help, or they may feel reluctant to do so, partially due to societal expectations and idealizations of people in these professions—police officers, firefighters, and others—as heroes who are always strong and tough, both mentally and physically. Many people still erroneously view mental health concerns as a sign of weakness, and this belief can be harmful to all individuals but especially to those expected by society to show no weakness, since it may lead them to deny the presence of any issue and avoid seeking help, due at least in part to a fear of being judged for their "weakness."

Though the situations faced by first responders of different professions may vary to some degree, research shows that PTSD is a risk for all first responders, though certain specific situations may increase an individual’s risk for developing PTSD and other stress-related issues. Since stress has a cumulative effect, the chance of developing a serious issue increases over time, putting veteran first responders at increased risk.

First responder positions are often shift work, and multiple studies have shown that long shifts and shift structures that require overtime can lead to sleep disruption or deprivation and have other harmful impacts on emotional health and interpersonal relationships. Insufficient sleep can also cause irritability, short temper, health issues, and other concerns. Studies have likened the effects of sleep deprivation to the effects of drinking what most would consider an excessive amount of alcohol.

Emergency dispatchers, who operate phone lines and assist 911 callers, are increasingly being recognized as emergency personnel rather than clerical workers, as research has shown them to experience emotional distress and vicarious (secondary) trauma at the same rates as police officers. One study, conducted by Northern Illinois University, found that dispatchers were at high risk of developing posttraumatic stress. Currently, dispatchers are federally classified as clerical workers, but many people have begun petitioning for this classification to change.

Situations in which one has little control over their workload, such as when a first responder does not have time to regroup after facing a particularly stressful call or feels overwhelmed by the demands of their job, also are likely to put an individual at increased risk. Further, witnessing a major trauma (such as 9/11), having a partner killed in the line of duty, dealing with the suicide of a peer, experiencing a death of a child in the line of duty, responding to an emergency call involving a victim who is known to the responder, and not feeling supported by bosses or administration can also increase the risk of PTSD, anger, stress, and other concerns.

In addition to mental health issues, 9/11 first responders have also experienced a large number of physical health problems. The presence of various carcinogens and cancer-causing substances such as asbestos put first responders at an increased risk for developing cancer. Research has shown that firefighters who were at ground zero are 19% more likely to develop cancer than firefighters in general.

The World Trade Center Health Program was enacted by Congress in 2010. This program, created in response to these issues, was designed to provide care for first responders who experience cancer and other health issues as a result of 9/11.

Both the personal and professional lives of first responders may be negatively affected by the high degree of stress they face. If a first responder has PTSD, the individual may have difficulty adequately performing duties at work and/or begin to avoid work due to the memories of the trauma. The mental health concerns people face may carry over into their personal lives, leading to relationship issues, divorce, and isolation from friends and loved ones. They may feel that the people in their lives will be unable to understand what they have gone through or fear they are burdening their loved ones by talking about the painful things they have witnessed. As a result, they may close themselves off and become distant, and this distance may have a significant negative impact on romantic and other close relationships.

Heavy stress may lead to burnout, which may impact job performance and lead to the development of other concerns. Burnout can also be detrimental to a person’s outlook, both in relation to their career and their personal life.

Heavy stress may lead to burnout, which may impact job performance and lead to the development of other concerns. Burnout can also be detrimental to a person’s outlook, both in relation to their career and their personal life.

First responders may also struggle with thoughts of suicide. Estimates from the Firefighter Behavioral Health Alliance suggest that as many as 400 firefighter and EMT deaths by suicide occur each year. These figures do not account for other first responder suicide deaths. Organizations such as the FBHA and others work to increase awareness of these numbers and normalize therapy and other forms of assistance and treatment for first responders.

If first responders are proactive about seeking therapy immediately following a traumatic event, they may be able to decrease their risk of PTSD, depression, substance abuse, and suicide. Though many individuals might still feel uncomfortable seeking help due to the stigma around mental health concerns, organizations and projects such as the Code Green Campaign are working to increase awareness about mental health issues facing first responders. In part, they work to help those in these professions realize that seeking help demonstrates not weakness but courage.

Cognitive behavioral therapy and other trauma interventions may be particularly useful for first responders. CBT can help an individual address and challenge negative thought patterns contributing to mental health symptoms. Exposure therapy, eye movement desensitization and reprocessing (EMDR), and cognitive processing therapy are interventions that target traumatic events by using progressive re-exposure to traumatic memories as part of the therapeutic process. Further, many therapy methods teach and emphasize a self-care routine that suits the individual’s needs. Self-care and peer care are both believed to be essential components of care.

Therapy can also be helpful to first responders by providing them with both the support of a compassionate and trained counselor and a safe space to process their emotions. Some individuals may find group therapy or support groups made up of other individuals in similar professions to be beneficial, as it can often be easier to discuss challenges with others experiencing the same concern, especially when these challenges are stigmatized.

Preventing Tragedy Through Training and Resources

When first responders experience PTSD, depression, or other mental health issues that are left untreated, the risk of addiction and suicide increases. Burnout can leave first responders feeling overly stressed, which can lead to mistakes on the job that have the potential to be life-threatening. First responders who do not have help or an adequate support system run the risk of negative, and even tragic, consequences, should they experience a mental health concern without receiving adequate training and support to address it.  A number of professionals have pointed out the need for more training in these areas, both before first responders become certified in their fields and continuously, over the course of their careers.

In recent years, awareness of mental health issues has increased, and the issues facing first responders have also garnered more attention. As a result, resources available to that group have also increased. Many departments now offer counseling and time off for those who have been affected, and people may be more willing to come forward and seek help because of this. First responders themselves are receiving more thorough and extensive training in the recognition of symptoms of PTSD so they can identify potential issues in themselves and their peers. Training programs focusing on emotional wellness, grief, and addiction and suicide prevention have also increased in number, and the positive impact of these efforts has been observed through research.