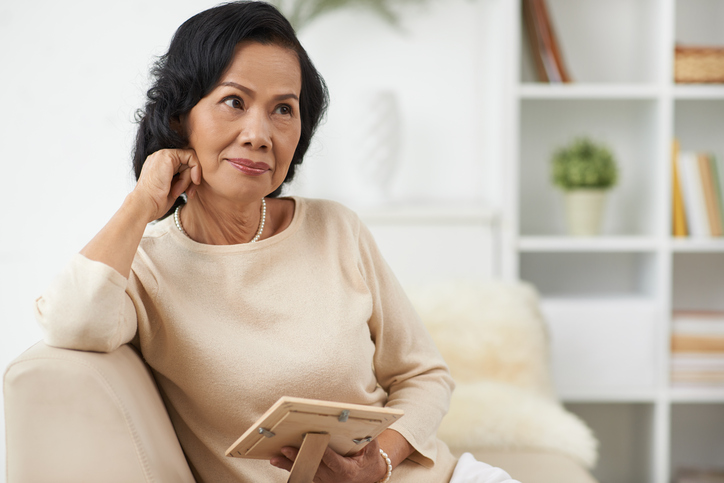 Cognitive impairment is a broad term used to describe some degree of difficulty with cognitive functioning. Impairment can range in intensity and may involve problems with memory, concentration, language, perceptual-motor skills, decision making, and learning. This type of cognitive impairment is distinct from dementia, in that it is not as severe.

People experiencing cognitive impairment may find it helpful to both seek medical attention and the services of a mental health professional, who can often help them address the challenges and frustrations they may experience as a result of diminished cognitive function.

When cognitive impairment is not so severe as to be classified dementia, it is typically classified as a mild neurocognitive disorder, according to diagnostic criteria in the latest version of the Diagnostic and Statistical Manual of Mental Disorders (DSM-5). Major neurocognitive disorders, which were formerly grouped together under the label of dementia, are those that involve significant cognitive decline from one’s previous level of performance and interfere with an individual’s ability to independently perform everyday activities such as paying bills or managing medications. Mild neurocognitive decline, on the other hand, does not prevent an individual from independently performing necessary everyday tasks and involves only a modest decline in cognitive functioning.

In order to be diagnosed as a mild neurocognitive issue, cognitive decline must not be due to another mental health concern such as depression or schizophrenia and must not occur solely in the context of delirium. Cognitive impairment may be caused by a medical condition, such as vascular disease, HIV infection, Alzheimer’s disease, or Huntington’s disease. It can also be caused by the use of substances or medications or traumatic brain injury but may also occur as a result of unknown causes, or with no apparent reason.

The symptoms of cognitive impairment are varied. Memory issues can include difficulty remembering a grocery list or forgetting the names of characters on a television show. Executive functioning problems might make it difficult to deal with interruptions when trying to complete a task, to plan tasks that require multiple steps to complete, or to organize records. At the mild level, these tasks may take longer than they used to or may require extra effort or the use of compensatory strategies, such as making lists and writing things down in order to better remember them.

Because this type of cognitive impairment is mild, individuals and their family members may not immediately recognize the impairment, or they may believe it is simply a normal part of aging. Thus, it is recommended for practitioners to take a thorough history in order to be certain that cognitive impairment represents a distinct change in cognitive functioning and not a lifelong pattern. Cognitive impairment may also be diagnosed through the use of neuropsychological testing.

Can Cognitive Impairment Be Treated?

Treatment for cognitive impairment may include a variety of interventions and the involvement of healthcare providers from several different disciplines, medicine, neuroscience, and psychology among them. Although there are currently no medications that are approved for the treatment of mild neurocognitive impairment, researchers are actively working on the development of such medications. Some people find the use of supplements, such as vitamins and ginkgo, to be helpful, though clinical trials have not yet proven the efficacy of any particular supplement. When a person's primary symptom is memory loss, a doctor may prescribe medication typically used to treat Alzheimer's, but these drugs are not typically used to treat mild cognitive impairment. Treating other medical and mental health issues, such as depression, high blood pressure, and sleep apnea, may increase overall mental acuity. People who had greater levels of mental acuity, mild symptoms of cognitive impairment, and better visual acuity were more likely to experience a reversion of their cognitive impairment.

Therapists who observe symptoms of cognitive impairment in people participating in therapy may take steps to help them identify and address any underlying medical issues that may be present. This may involve a referral for neuropsychological testing or medical evaluation. Medical evaluation and treatment will not only help to address the cause of the cognitive impairment, but can also rule out any other medical issues that could be contributing to the symptoms, such as a stroke or brain tumor.

Therapists may also be able to help an individuals cope with cognitive impairment by teaching compensatory strategies, providing support, and helping them to cope with feelings about their cognitive issues. Including the person's family—especially members of the family who spend a lot of time with the individual—in at least some therapy sessions and involving them in treatment can be beneficial, as it can help family members prepare for and cope with the changes cognitive impairment may bring about in the person and the effects these changes may have on daily life.

Individuals with cognitive impairment may experience comorbid mental health concerns, such as depression, anxiety, and agitation, and therapy may be helpful in addressing these to improve overall well-being.